W201 will launch simultaneously in South Africa and India 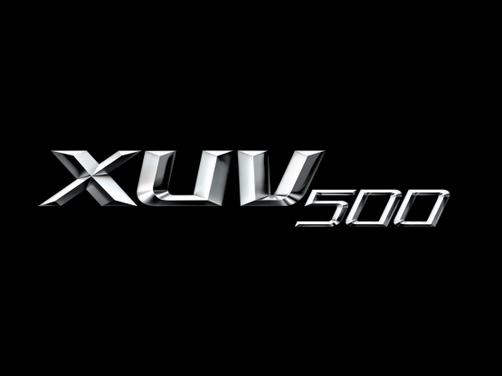 Mahindra has announced the name for their world SUV is XUV500, which Mahindra insists should be pronounced 'ex-you-vee-five-double-oh'. The 'X' is a nod to Generation X, to which the car is catering to.  Also Read - Sensex drops 151 pts on heavy selloff in auto, bank stocks

A few significant things about the XUV500: it is Mahindra's first global product. It is the first indigenously developed monocoque SUV, and it is the Mahindra group's first transverse-engined product (the Verito is a Renault design.) This suggests that the XUV will have much better ride and handling than Mahindra products we've seen so far, and the two-wheel-drive variants will have front wheel drive, which means much better fuel economy as well.  Also Read - Nissan, Tata Motors expect near-flat industry growth in FY19

Testing and validation of the XUV500 has been done across Europe, Australia and South Africa, 'among others', so we can expect the XUV to launch in those markets thanks to the strong Sssanyong dealer and service network. No date has been announced for the launch or unveiling, but watch this space for updates.

The XUV500 is expected to be launched in the coming few weeks – in time for Diwali. The world SUV will sit above the Scorpio and will bridge the gap to the Ssangyong SUVs when their come to India.

Dr. Pawan Goenka, President, Automotive & Farm Equipment Sectors, M&M Ltd. said “We are all set to create a new milestone with the launch of the Mahindra XUV500 which truly embodies and encapsulates the essence of the Mahindra Rise philosophy. Having extensively tested and validated our product with global and Indian customers alike, I am happy to add that we will simultaneously launch the XUV500 in South Africa under the same brand name. I am confident that the XUV500 will follow in the footsteps of its illustrious predecessors to evolve into an iconic brand.”

Mr. Rajesh Jejurikar, Chief Executive, Automotive Division, M&M Ltd. said, “The Mahindra brand has evolved over time. Today it enjoys the strongest equity in the SUV category. Therefore, Mahindra will now be the lead brand for the XUV500. Additionally, with the XUV500 we are attempting to create a new category in the SUV segment, that will not only challenge the conventional but will also certainly translate into double customer delight.”