Maruti Suzuki, India's largest carmaker will launch the much-awaited Celerio diesel in the country tomorrow. The diesel-powered Celerio will be the officially the country's most fuel efficient car. Production of the car has already commenced at the company's Manesar manufacturing unit. 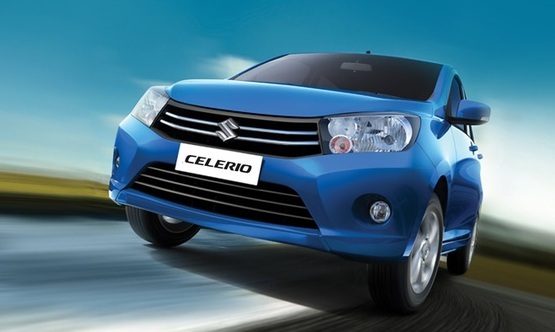 Also Read - Maruti Suzuki Celerio Vs Tata Tiago Vs Hyundai Santro: Which One Will Burn Biggest Hole In Your Pocket?

The Celerio diesel is expected to be made available in four variants- Ldi, VDi, ZDi and ZDi (O). It is powered by a newly developed 793cc, twin-cylinder diesel engine that churns out 47bhp of power at 3,500rpm and 125Nm of torque at 2,000rpm. This engine is paired to a five-speed manual gearbox which sends the power to front wheels. The Celerio diesel is claimed to return an excellent ARAI certified fuel economy of 27.62kmpl, making it the country's most fuel efficient car. This small engine is basically an aluminum engine block, which is claimed to be 60 per cent lighter than the cast iron engines. This engine weighs just 89kgs, resulting into high fuel efficiency and performance. Also Read - Maruti Suzuki Celerio 2021 Model Launched: Watch Video to Take A First Look of Newly Launched Car

Talking about features, the top-of-the-line variant will get ABS (Anti-Lock Braking System) with EBD (Electronic BrakeForce Distribution), dual front airbags, alloy wheels, front fog lamps and height adjustable driver seat. It is expected that the Maruti Celerio diesel will cost about INR 70,000 more than the petrol variant. We expect it to be priced in the range of INR 4.5 lakh to INR 6 lakh. It will directly rival against the likes of the Hyundai Grand i10, Chevrolet Beat and the Ford Figo.