Maruti Suzuki India is all set to launch the Maruti Ignis in India which reportedly might replace Maruti Ritz as the rumors indicate that the production of the hatch has been stopped. 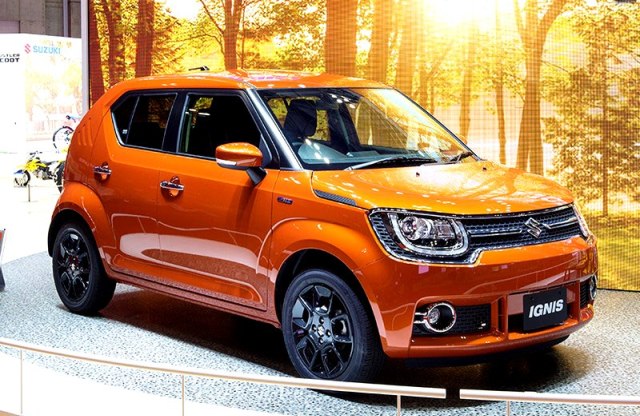 Maruti Suzuki is all set to launch the Ignis mini SUV in India next year. If some reports are to be believed, it is likely that when launched, the Ignis could very well replace the currently on sale Maruti Ritz in India. The Ritz, based on the current generation Swift platform has not been able to post big numbers for the Indo-Japanese automaker in India. It has been continuously overshadowed by the Swift and only manages to sell in marginal numbers every month. Also Read - Ready to Protest in Summers: Farmers at Ghazipur Border Put up Tents

Irrespective of sturdy build quality, refined engine & great value for money quotient, the car missed out to make an impact as that of its counterparts. Also Read - Guidelines Have Been Issued to Curb Misuse of Social Media Platforms, Says Ravi Shankar Prasad

As the Indo-Japanese automaker is updating its portfolio by including new generation cars, aged cars do need to make its way for new cars so that the automaker can utilize production capacity to highest and profitable manner.

The Maruti Ritz hatchback is offered with a choice of petrol and diesel – 1.2-litre petrol and 1.3-litre DDiS diesel engines which are mated to a 5-speed manual gearbox while 4-speed automatic gearbox is available in the petrol version.

With an increasing demand for urban SUVs in the country, Maruti Suzuki India is aiming Ignis as a mass market product. The upcoming Ignis mini crossover will be retailed through NEXA premium showroom. Showcased at 2016 Auto Expo in Delhi, the launch of the Ignis has been postponed to next year because of the excellent response for Baleno and Vitara Brezza.

Powering the new Ignis mini crossover will be equipped with the same set of engine options which are offered on Ritz hatchback – a 1.2-litre K-series petrol and a 1.3-litre DDiS MultiJet diesel. The 1.2-litre K-series petrol engine can develop 84bhp of power along with peak torque of 114Nm. On the other hand, the 1.3-litre oil burner develops 75bhp and 170Nm of power figures. The transmission options will be carried out by a 5-speed manual gearbox and an AMT gearbox is also likely to be on offer. The Maruti Ignis is expected to be priced in the range of INR 5 lakh to INR 7 lakh (ex-showroom).