Maruti Suzuki India is preparing itself to launch the new Maruti Celerio X Cross in the country which is expected to happen anytime soon.

We earlier reported that Maruti Suzuki India has started taking pre-orders for the forthcoming Maruti Celerio X which is slated to launch in the country later this month. The prospect buyers can book the pseudo crossover with token amount of INR 10,000. The brochure of Celerio X has been leaked online which reveals all the essential details about the crossover ahead of its launch. To be offered in 8 variants, the new Maruti Celerio X will be offered with single engine option only. Also Read: Maruti Suzuki Celerio X Cross Bookings Open Ahead of Launch; Price in India to Start from INR 4.75 LakhAlso Read - Maruti Suzuki To Set Up New Plant In Sonipat, Gets Clearance From Haryana Govt 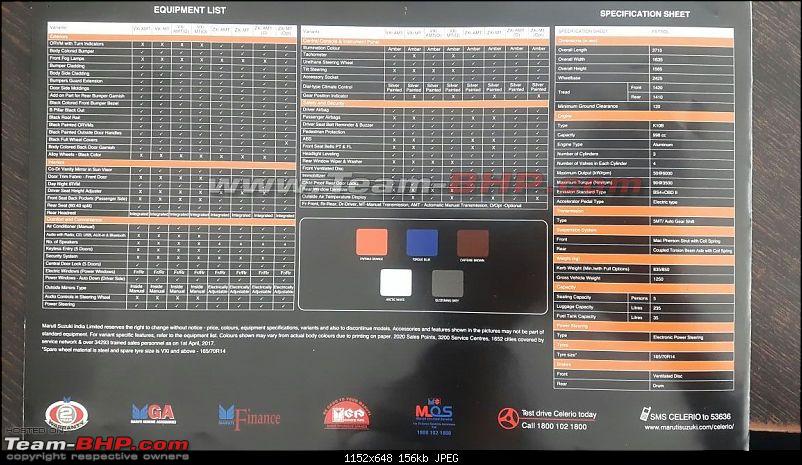 Going by the leaked brochure, the new Maruti Celerio X gets expressive body design which is underlined by X graphics and grille design, re-worked bumpers and much more. The crossover-style body kit as well as black treatment gives an appealing look to the car. Dimensionally, the new Celerio X will measure 3715mm in length, 1635mm in width, 1565mm in height along with wheelbase of 2425 and ground clearance of 120mm. Moreover, the new Crossover from Maruti Suzuki will be seen in 5 colour options – Orange, Blue, Brown, White and Grey. See More: New Maruti Swift 2017: Price in India, Launch Date, Images, Interior, Specs, Mileage Also Read - Maruti Suzuki October 2021 Domestic Sales Decline 32 Per Cent, Exports Rise 122 Per Cent 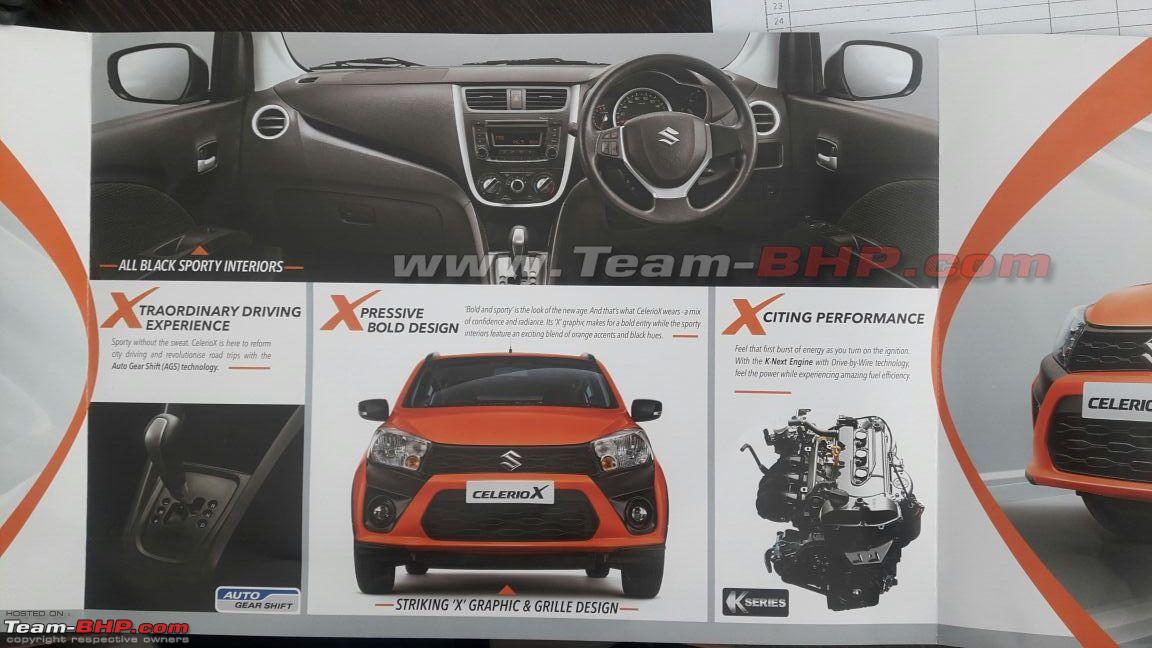 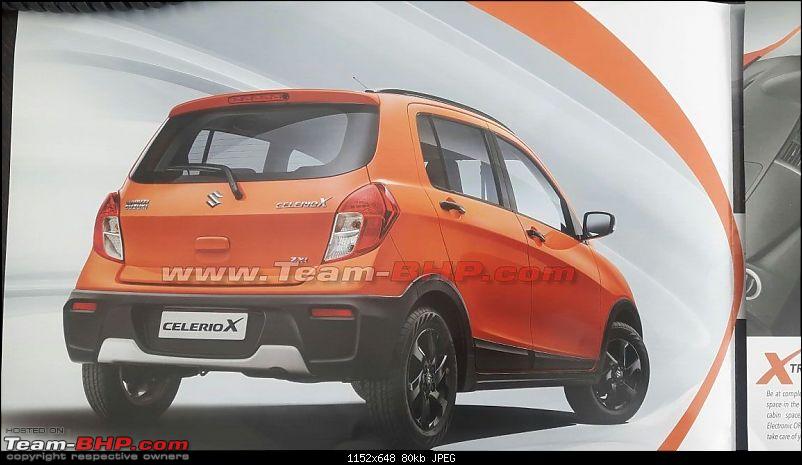 Mechanically, the new Celerio X will be identical as that of regular model as the fact that it comes equipped with the same 998cc, K10B, 3-cylinder petrol engine. The petrol mill is capable of developing 67bhp of max power with peak torque of 90Nm. The engine will be mated to a 5-speed manual along with an AMT unit as optional. Lastly, the Indo-Japanese car maker will be looking to keep the prices pretty much competitive to that of Mahindra KUV100. We speculate that the Crossover could be priced at INR 4.75 lakh (ex-showroom) as starting price till INR INR 5.5 lakh (ex-showroom).