The new Maruti Ciaz facelift is expected to get new 1.5-litre petrol and diesel engine options.

The Maruti Suzuki Ciaz 2018 facelift has been, yet again, spied testing in India with a heavy camouflage. The new Ciaz is expected to be showcased at the Auto Expo 2018, while the car might be launched by mid 2018. Being a mid-life facelift, the new Ciaz 2018 will get updated front and rear profile while the interiors might get new colour scheme, better quality materials and new upholstery. The new Maruti Suzuki Ciaz facelift will rival the Honda City and the new generation Hyundai Verna among others. Also Read: Maruti Suzuki Ciaz to get new 1.5L diesel engine; India launch in 2018 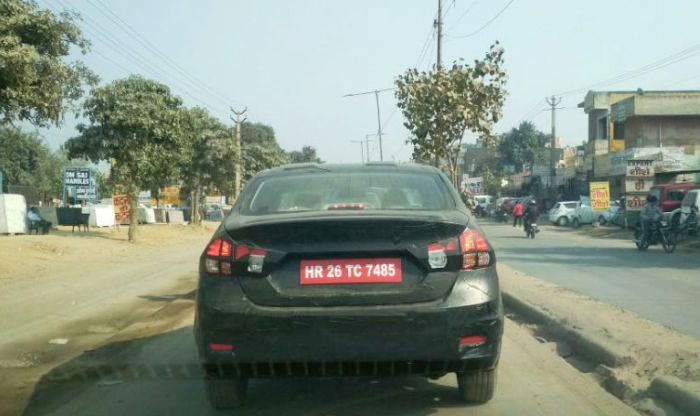 Although heavily camouflaged, the Maruti Ciaz facelift is expected to get an updated front fascia with a new grille, slightly tweaked headlamps and a new front bumper with large fog lamp clusters. The car is also expected to get new 16-inch alloy wheels and a revised rear bumper. The heavily camouflaged roof indicates that Maruti Suzuki might finally offer sunroof as an option on the new Ciaz. With all that said, the production model might also get LED headlights and taillights. Read More: Maruti Ciaz S Variant Launched; Price in India starts at INR 9.39 LakhAlso Read - Maruti Suzuki To Set Up New Plant In Sonipat, Gets Clearance From Haryana Govt

Under the hood, the India-spec Ciaz facelift is expected to continue with the same petrol and diesel engine options, which include the 1.4-litre K-Series VVT petrol unit and a 1.3-litre DDiS diesel motor. That said, Maruti Suzuki is believed to have already tested the all-new 1.5-litre diesel motor that has been developed in-house by the company. This engine will be mated to a 6-speed manual transmission. A few media reports also suggest that might consider replacing the 1.4L petrol unit with a 1.5-litre M15A petrol engine. Transmission options on this engine will include a 5-speed manual gearbox along with a CVT automatic transmission. Also Read - Maruti Suzuki October 2021 Domestic Sales Decline 32 Per Cent, Exports Rise 122 Per Cent