The 2017 Maruti Suzuki S-Cross will initially only be available with a 1.3-Litre DDiS 200 diesel engine that will be paired to an SHVS mild hybrid system.

Earlier yesterday, Maruti Suzuki opened official bookings for its much awaited S-Cross Facelift in India. Moreover, the company also revealed that the car will come powered by a 1.3L DDiS 200 diesel motor, coupled to an SHVS hybrid motor. The new 2017 Maruti Suzuki S-Cross facelift is expected to be launched in India on 28th September. Ahead of its launch, the company has revealed the official images of the India-spec car along with a few more details. That said, a new ARAI certification leaked image from Team-BHP has revealed details related to the cars variants, engine details, dimensions and specifications. Also Read: 2017 Maruti Suzuki S-Cross Facelift India Launch Imminent; Price in India, Images & Interior 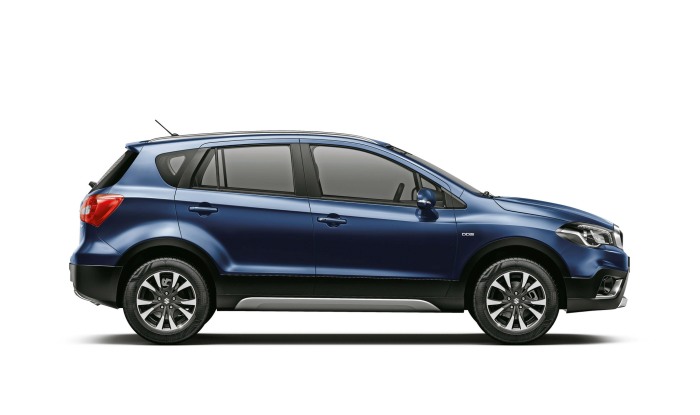 The ARAI certification leak confirms that the new Maruti Suzuki S-Cross will be powered by a 1.3-litre DDiS diesel engine that will be paired with an SHVS mild hybrid system. This is the same power-train setup that is used on the Maruti Ciaz and the Maruti Suzuki Ertiga. This power-train is capable of producing 89 BHP of maximum power along with a peak torque of 200 Nm. This motor will come mated to a 5-speed manual transmission. Maruti Suzuki is reported to launch a petrol variant (M15A) at a later stage along with an optional automatic transmission. Read More: Upcoming cars launching this Festive Season in India: 2017 Maruti Suzuki S-Cross Facelift, Renault Captur, Ford EcoSport Facelift, Skoda KodiaqAlso Read - 2022 Suzuki S-Cross Makes Global Debut 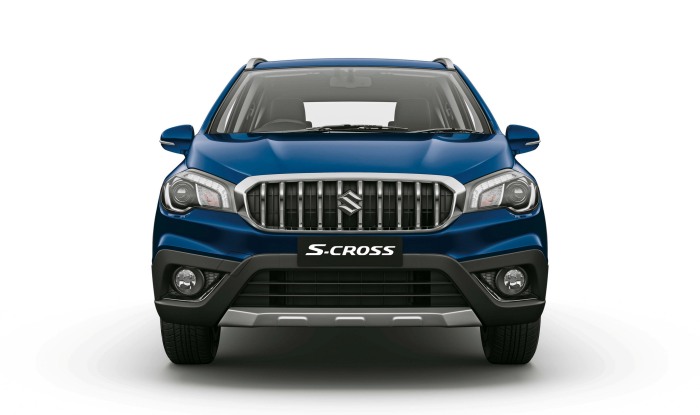 It is to be noted that the Government of India has increased The period of the FAME-India Scheme by a further period of six months (up to 31st March, 2018) or till launching of the Phase-II of the Scheme by Niti Aayog, whichever is earlier.” This will help Maruti Suzuki to price the new S-Cross competitively as the scheme offers sops and incentives up to INR 1.38 lakh, depending upon the model and its price. Also Read: 2017 Maruti Suzuki S-Cross Facelift Price, Images, Features & Interior – All You Need to Know 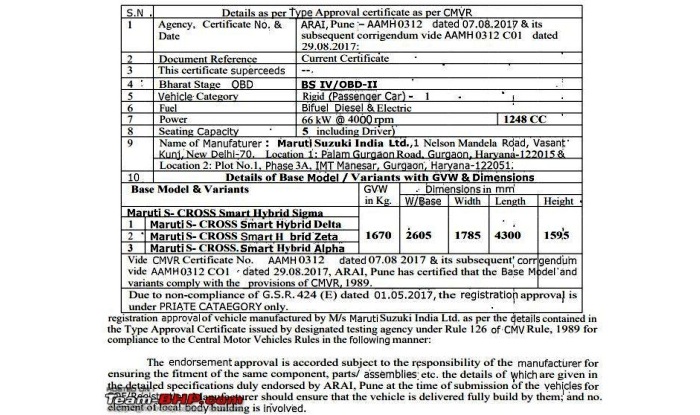 The ARAI certification leak also reveals that the 2017 Maruti Suzuki S-Cross SHVS will come in four trim levels  Sigma, Delta, Zeta and Alpha. Moreover, the leak also reveals the dimensions and weight of the upcoming facelift. Dimensionally, the new S-Cross measures at 4300 mm in length, 1785 mm in width (20 mm wider) and 1595 mm in height (5 mm taller) while the car gets a wheelbase of 2605 mm (5 mm longer) as compared to the outgoing model. That said, the gross vehicle weight (GVW) is same at 1670 Kg, which means that the car will continue to weigh in the range of 1180-1205 kg (kerb weight) depending upon variant. Also Read - Diwali 2021 Offers: Here Are All Benefits, Discounts On Your Favourite Maruti, Hyundai, Tata, Mahindra, Honda Cars