Within just 8 months of its launch, Maruti’s all new compact SUV has managed to garner an overwhelming response from Indian buyers. 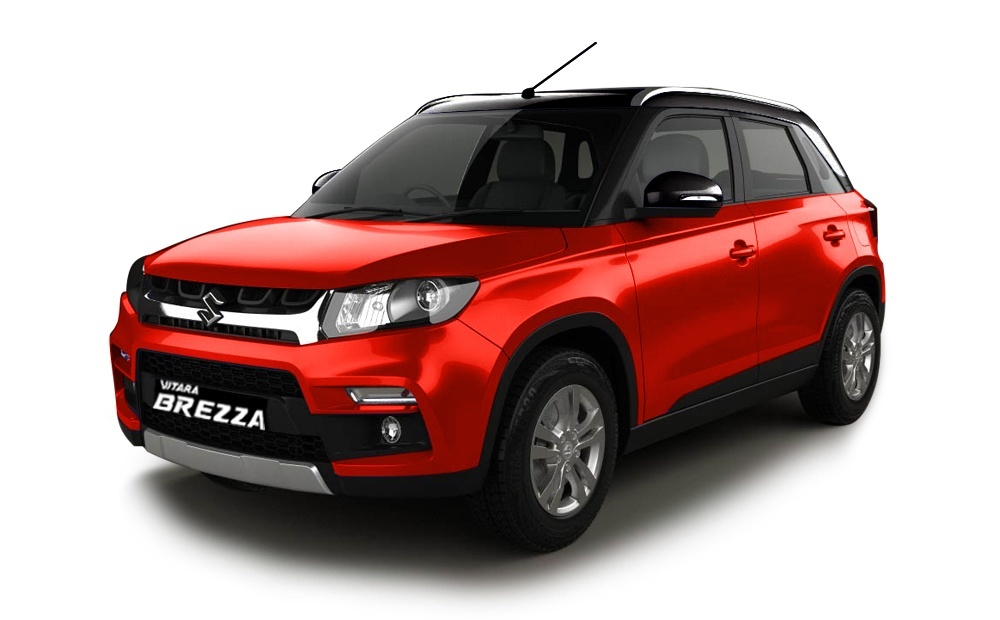 Believe it or not, but it has happened. In just 8 months since its launch, the Maruti Suzuki Vitara Brezza has achieved 1.75 lakh bookings. The same was confirmed by RS Kalsi, Head of Marketing, Maruti Suzuki at an event to mark the celebration of the same. Only available in a diesel guise for now, the Brezza took no time in climbing to the top step in the compact SUV segment in India. With its rather striking design language along with a feature rich cabin, this urban SUV has become the most sort after vehicle after the Ford EcoSport.  Also Read - ICC's Gift on Women's Day 2021, Announces New T20 Champions Cup, 4 T20 World Cups in a Bid to Expand Women's Game

Maruti Also provided the Vitara Brezza with a host of customization options under the iCreate scheme making the SUV furthermore desirable. Currently Maruti Suzuki is battling to keep the supply of the Brezza in line with the demand, but due to an already overburdened manufacturing plant, buyers have to wait for up to 5 to 6 months before they take the delivery. This however does not seem to bother them as the bookings keep on rising. The situation is beloved to settle down once Maruti’s new manufacturing plant in Gujarat becomes operational in March 2017.  Also Read - JKBOSE Class 12th Result 2020: Girls Outshine Boys in Jammu-Kashmir Board Exams

Talking about the SUV, the variant of the Vitara Brezza which is in demand the most is the top of the lines ZDi and ZDi Plus trims. These variants comes loaded with multiple creature comforts and features like automatic climate control, steering mounted controls, SmartPlay infotainment system that supports Voice Commands, Apple CarPlay and Bluetooth connectivity, leather upholstery and much more. Read More: Maruti Vitara Brezza – 5 positive and 5 negative points to consider at time of purchasing this SUV

The Brezza’s top spec variant score high on the safety front as well and comes equipped with BS (Anti-Lock Braking System) with EBD (Electronic BrakeForce Distribution) and dual airbags. These are available as an optional safety pack for base variants as well. Read More: Maruti Vitara Brezza petrol iteration to benefit company; Impact on the competitors

Coming to the engine specifications of the Maruti Suzuki Vitara Brezza, the same is powered by a 1.3-litre, turbocharged diesel engine which is good for 89Bhp along with 200nm of peak torque. This oil burner is mated to a 5-speed manual gearbox which transfers the power to the front wheels. According to ARAI, the engine is capable of giving a fuel efficiency figure of 24.3 km/l.

Talking about the prices, the base variant of the Maruti Suzuki Vitara Brezza retails at a price of INR 7.19 lakh while the top of the line variant costs INR 9.66 lakh (ex-showroom, Delhi) to own.