With increasing demand from the Indian market, Maruti Vitara Brezza has outperformed in terms of sales for the initial month of March. 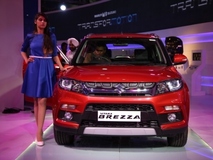 Also Read - Cow Catwalk Viral Video: Cow Walks Like a Model in Middle of The Road, Amuses The Internet | Watch 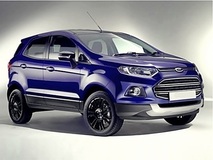 Also Read - Europa League: Arsenal Come Back From a Goal Down to Beat Benfica 3-2; Man United Also Progress Ahead

With the current figures and pre-bookings over 40000, it is quite evident that Maruti’s compact SUV received over-whelming response from the Indian market. With the increasing demand from the market, the waiting period of the compact SUV has ascended to 5 months depending on the grade.

Available in the range of INR 6.99 lakh to INR 9.69 lakh (ex-showroom Delhi), Maruti Vitara Brezza is a better prospect as it comes with feature and performance package. In order to match with the compact SUV, Ford definitely needs to introduce some interesting and attractive strategy.

As far as the engine specs are concerned, Vitara Brezza is powered by a 1.3-litre MJD diesel engine that effortlessly produces 89bhp of power with peak torque of 200Nm and comes mated to a 5-speed manual gearbox. On the other hand, Ford EcoSport comes in two petrol & one diesel engine options. The petrol variant is equipped with a 1.0-litre ecoboost engine that is good for 123bhp of max power with peak torque of 170Nm whereas the 1.5-litre Ti-VCT petrol engine generates power figures of 110bhp along with 140 Nm of peak torque. The diesel variant gets by a 1.5-litre TDCI engine that churns out 99bhp of power with 205Nm of torque. The transmission functions are carried out by a 5-speed manual gearbox and an automatic 6-speed gearbox. In terms of fuel economy, Maruti’s compact SUV returns an impressive 24.3kmpl of mileage while Ford EcoSport delivers 22.27kmpl (diesel).

It would be interesting to watch, how American manufacturer tackles splendid performance of Maruti Vitara Brezza in the market and introduces some innovative strategies to counter the same.