Protest against suspension of workers 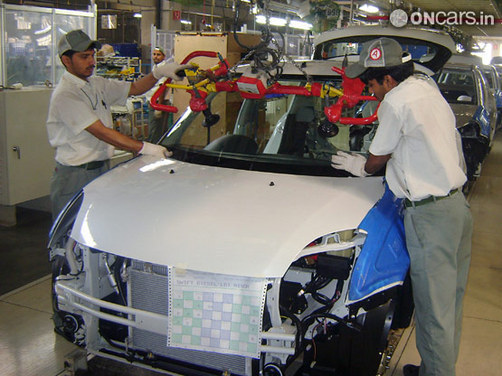 Employees of Maruti Suzuki India Limited at the Manesar plant had an hour-long 'tool-down' yesterday to protest against the suspension of a few workers. The company alleges that the workers assaulted a company supervisor and that the suspension is disciplinary action against them. The workers, on the other hand, allege that the company is trying to get back at the workers who wanted to form the new union, which was the cause of the recent 13-day long strike at the factory. The tool-down yesterday has resulted in a loss of 50 units to the manufacturer. A company official claimed that the number of workers that stuck work yesterday was a lot lesser than the previous strike.  Also Read - Wearing Masks But Spirits High: Indians Evacuated From China Dance At Isolation Camp | Watch

This is just another problem that the manufacturer is currently facing; the market slowdown is a bigger worry. Sales targets for India's biggest car maker by way of sales have been revised more than once, and the company doesn't hope to have much relief during the upcoming festive season, either. This is mainly due to its customers being people who already have a car and are either adding to the family cars or trading in the old one for an upgrade. With fuel prices and loan rates being what they are, people are putting off purchases for a more favourable time.  Also Read - Over 10,000 HAL Workers Begin Indefinite Strike After Wage Revision Talks Fail