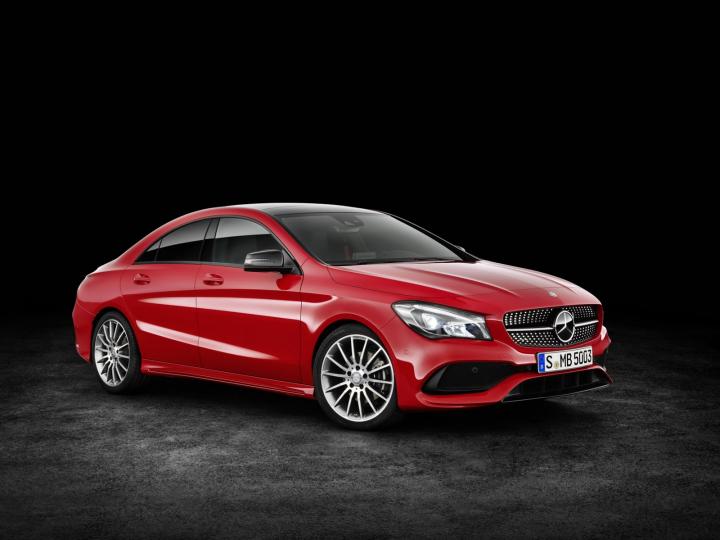 The day has finally arrived, Mercedes Benz is going to launch the facelift model of the CLA facelift in India today. Featuring minor cosmetic updates, the makeover is in line with the German automaker’s new design language. The CLA luxury sedan is the entry level sedan from Mercedes Benz in India. The same will be assembled locally at the automaker’s Chakkan plant and is going to be the 12th new product to be introduced by Mercedes Benz in India this year.  Also Read - Join Indian Army 2021: Apply for Technical Graduate Course at joinindianarmy.nic.in, Check Details Here

Talking about the new additions or changes made to the CLA facelift, it is the front of the vehicle which gets most of them. The head features new detailing while the bumper has been completely tweaked and now gets a much sportier design. The grille is slightly bigger in its dimensions.  Also Read - Vinesh Phogat Clinches Gold in Kiev Tournament With 10-8 Win Over V Kaladzinskay

The side profile is exactly similar to the current generation model. and continues to features its bold character lines and smart creases. The rear facia of the CLA is slightly modified as well, though remaining similar in design its gets revamped taillights. Read Also: Mercedes MayBach S650 Cabriolet global premiere on 16th November

On the inside, the Mercedes Benz CLA facelift will remain identical to the out-going model. The major point of difference is the new colour scheme, which is now a sporty black and is highlighted by red accents. Rest of the things remain same as before. Read Also: Mercedes-Benz S 500 Cabriolet launched in India at INR 2.25 crore

So are the engine specifications of the CLA facelift. It will continue to be made available with both petrol and diesel derivatives. The former will be powered by a 2.0-litre engine which churns out 181Bhp along with 300Nm of peak torque. The diesel guise will be equipped with a 2.1-litre engine that is good for 134Bhp along with 200Nm of peak torque. Transmission responsibilities will be handled by a 7-speed automatic gearbox.

Expected price of the CLA facelift is likely to fall in the bracket of INR 36 lakh to INR 40 lakh (ex-showroom, Delhi).