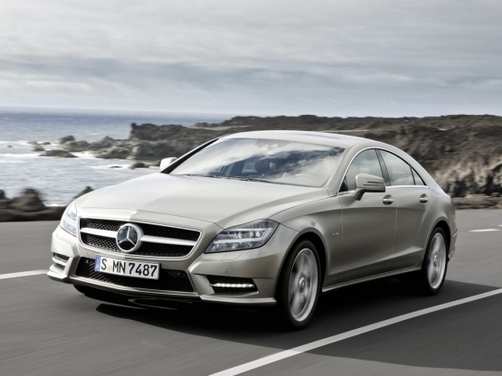 Ever since the CLS invented the 'four-door coupe' class, it has been a runaway success for Stuttgart. Seven years on, India is going to receive the first major update of the car; a whole new model, in fact. It's got the same theme going – big, chunky looks but with flowing lines and that lovely roofline – but it's cleaner, it's meaner, and we hope that this time it's (relatively) more affordable as well.
Worldwide CLS buyers are offered the choice of two petrol and two diesel powerplants, two with six-cylinders and two with eight. We're expecting both six-cylinder petrols to make up the CLS numbers here with the eight-cylinder diesel for those who want low running costs with the torque of the diesel. For the purist, however, the V8 petrol will satisfy all his wants. If not, there's always a CLS63 AMG waiting in the wings… Also Read - Watch | This Russian YouTuber Dropped His Rs 1.4 Crore Mercedes From a Helicopter

The launch is a few hours away and we're going to have live updates from the launch, so stay tuned to our twitter feed at www.twitter.com/oncarsin or our facebook page for a blow-by-blow account of the launch.  Also Read - F1: Charles Leclerc Edge Past Lewis Hamilton And Valtteri Bottas to Win Ferrari's 1st Italian GP Title in 10 Years