The new SLS comes with adjustable suspensions and cosmetic upgrades 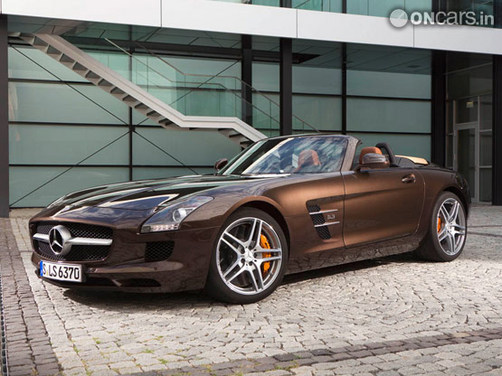 In the run-up to the Frankfurt Motor Show, Mercedes-Benz has announced upgrades for their top-of-the-line roadster, the SLS. If you think that the SLS has the best of the Merc AMG pedigree, the package has now gotten a lot more exciting. Also Read - Watch | This Russian YouTuber Dropped His Rs 1.4 Crore Mercedes From a Helicopter

As part of the upgrade, the SLS now gets the newRide Control Suspension, which offers the driver three different modes – Comfort, Sport and Sport Plus – for varying conditions.It also comes with electronically-controlled dampers that can be adjusted from inside the car by a simple click of a button, to sync the ride quality and handling for different settings from city traffics to race tracks. The car is now also equipped with Blind Spot Assist system, which will caution the driver of the objects in blind spots on the rear and sides.More cosmetic upgrades include new ten-spoke, forged wheels that will be available in matte-black with Red-painted brake calipers and new colour options.

The catch is that all these are add-ons to the existing SLS, so if you wish to have your ride pimped up, you need to shell a pretty penny to acquire it. Mercedes India hasn’t released the pricing for the upgrades yet, but in Europe the prices range between Euro 2320 for the Ride Control Suspension to Euro 714 for the calipers.