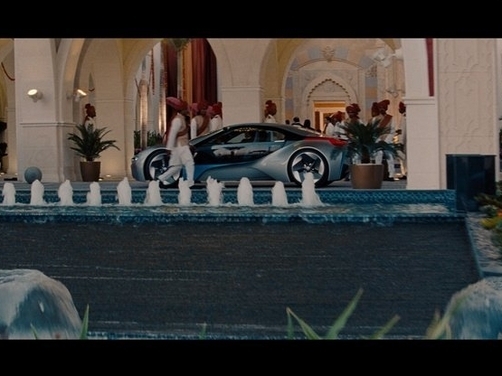 Also Read - Got scolding from wife night before Oscars: Anil on 10 years of 'Slumdog Millionaire' win

The Mission Impossible 4 trailer hit the interwebs early this week with the movie’s release scheduled for 16th December 2011. The trailer shows glimpses of many significant scenes from the movie, but the one that catches our fantasy is the scene with the BMW Vision Efficient Dynamics which was shot right here in India. Bollywood star Anil Kapoor will star in Mission Impossible 4 too but we believe his rides will be limited to the Bentleys and Rolls Royces of the world. Also Read - Would love to play James Bond, says Henry Cavill

The BMW Vision EfficientDynamics was showcased in India a little while after it was caught filming for Mission Impossible 4 on the streets of Mumbai. The concept car provides an insight on the future i8 hybrid car that BMW is working on.

“We are thrilled to be involved again in another Hollywood Blockbuster,” said Ian Robertson, BMW AG Board Member for Sales and Marketing. “The BMW Group leads the way in developing future mobility with a focus on sustainability. One great example is the BMW Vision EfficientDynamics concept car which will be presented in the film. With its futuristic design and large glass surfaces, the car offers a fascinating perspective on the future of sheer driving pleasure – in combination with maximum efficiency. Also with BMW ConnectedDrive technology, it is the perfect car for Ethan Hunt to outsmart his pursuers through narrow streets and busy city traffic.”