One of the leading teams of the Indian Premier League Chennai Super Kings and Delhi Dare Devils are gearing up to collide in today’s IPL match  and our captain cool MS Dhoni is probably in the cloud nine even before the win. Why you ask? Well, for the sole reason that he is now one of the proud owners of the new extremely limited Kawasaki Ninja H2. Dhoni posted a photograph of his new found love on his Instagram profile quoting “Finally the wait is over but another couple of months before I can take her on her first ride.” Moreover the bike is one among the only five allotted for the Indian market and our favourite Indian skipper and avid biker Dhoni is among the few who’ll be taming this Japanese beast. The Kawasaki Ninja H2 was launched last week in India on the 3rd of April at the Buddh International Circuit (BIC) in Greater Noida. To commemorate its growing success in the Indian market the Japanese superbike manufacturer also organised a special track day event for Kawasaki superbike owners across India at the BIC. Kawasaki India has turned out to be the leading superbike manufacturer in the country. With a dedicated fan following and its growing green line-up, Kawasaki is attracting more and more riding aficionados and CSK captain being one among them is no surprise to us. Also Read - All New 2017 Kawasaki Z900 launched in India at INR 9 lakh; Price in India, Specifications, Features 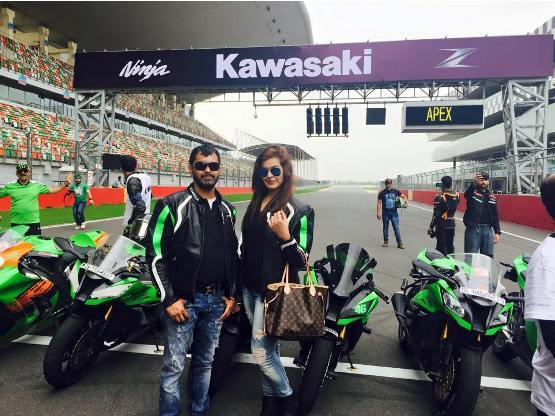 Coming to the bike itself, the new Ninja H2 is powered by the only production supercharged street legal engine built by Kawasaki. The Ninja H2 gets a massive 998cc, liquid cooled, four-stroke, in-line four engine that churns out an unbelievable 200PS of peek power and 113.5Nm of peek torque. The engine is mated to a 6-speed transmission and is capable of doing a 0-100 kmph sprint in just 2.5sec. The H2 comes with a kerb weight of 238 kgs and the Kawasaki was able to achieve this constrained weight thanks to the extensive use of carbon fibre in its construction. 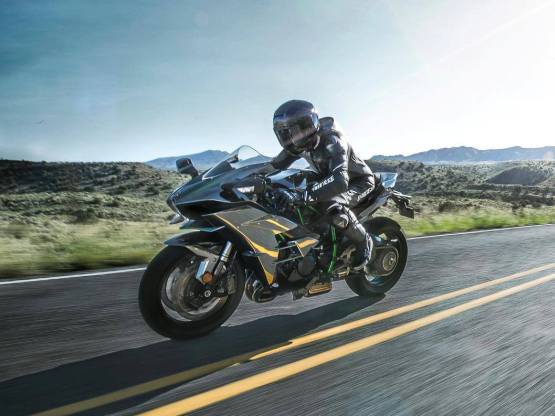 In terms of design the Kawasaki Ninja H2 sports a Trellis Frame which is made from high tensile steel and offers perfect stiffness and flexibility for top performance at higher speed. Its open design allows for much better heat dissipation, which is an essential consideration for such a powerful engine. Also aerodynamically it is a marvel thanks to the design additions by KHI’s Aerospace Company, like the airfoil cross-sections with Gurney flaps that contribute to downforce generation.