Audi, the German luxury automaker has finally launched the 2015 Audi TT Coupe in the Indian car market. The new third generation TT Coupe has been priced in India at of INR 60.34 lakhs (ex-showroom Delhi & Mumbai). The car was unveiled by esteemed yesteryear cricket player and Audi lover, Ravi Shastri. According to Audi, the TT Coupe is driver focused, innovative and progressive. Based on the Volkswagen Group’s MQB platform, the new Coupe seems to be inspired from the Audi flagship supercar R8 and shares most of its styling with the Audi Prologue concept. The new Audi TT will be reaching the Indian shores as completely built unit (CBU), which somewhat justifies this premium price tag. 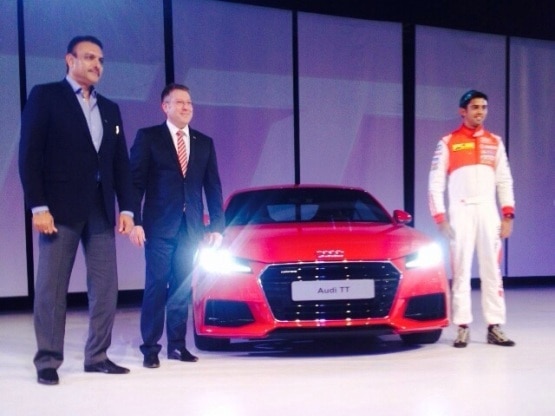 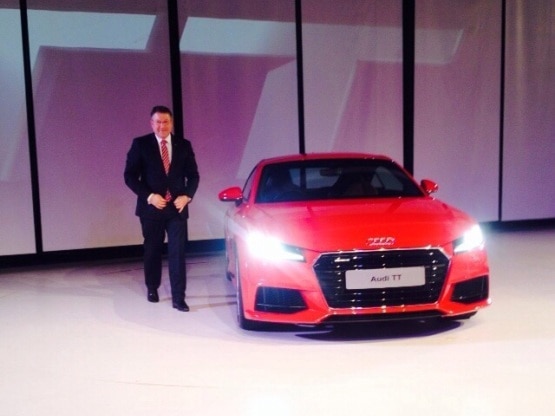 Under the bonnet of the 2015 Audi TT is a 2.0-litre TFSI petrol engine that churns out a maximum power output of 230PS and a peak torque of 350Nm. Power is transmitted to all-wheels via Audi's Quattro wheel drive system via a six-speed dual clutch automatic transmission. The vehicle accelerates to 100kmph from zero in a mere 5.3 seconds. It is claimed to return a decent mileage of 14.3kmpl. 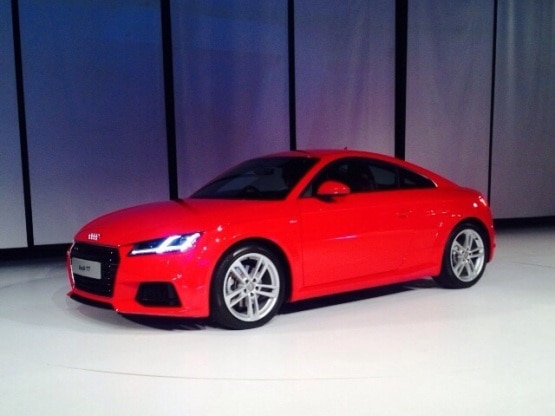 The 2015 Audi TT Coupe gets changes to both exteriors and interiors. The company has used aluminum, which makes it lighter than the predecessor. Talking about styling, the new model carries the same look and appeal of the previous generation model. Overall silhouette remain same, the vehicle gets new trapezoidal grille upfront. The other changes include LED headlamps, large air ducts, LED taillights and modified rear bumper. It is equipped with sharper, matrix beam LED headlamps, and deployable rear spoiler. 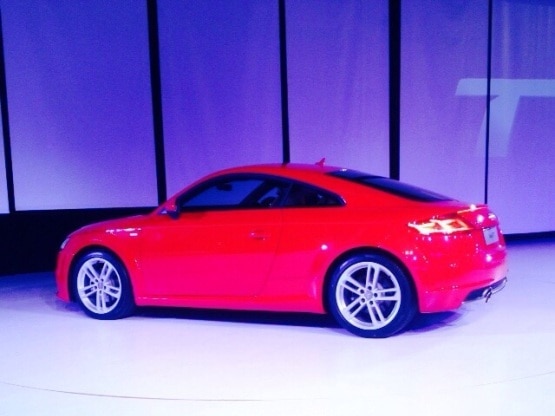 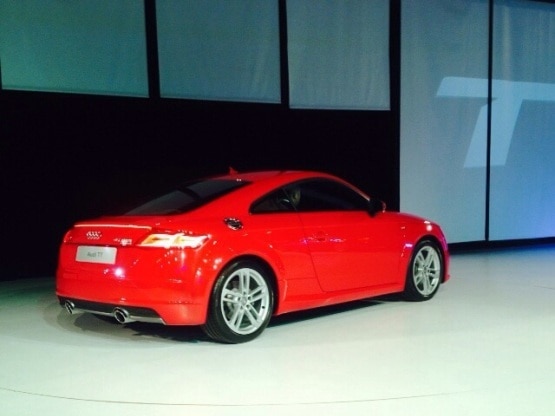