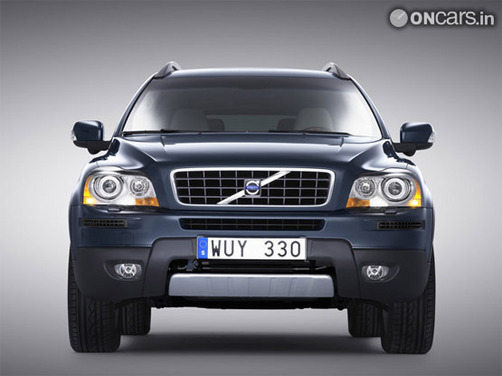 Volvo has announced changes for their flagship SUV XC90 for 2012. The ageing SUV gets cosmetic upgrades both on the exterior and the interior. Also Read - Nissan, Tata Motors expect near-flat industry growth in FY19

Keeping with the recent trend of LED daytime running lights, Volvo has added LED strips to the front and the tail-lamps now consist of LEDs as well. The new XC90 will sport six-spoke 18 inch alloy wheels and body-colored lower door moulding. The interiors have also been redesigned with a new three-spoke steering wheel replacing the four-spoke one and aluminium inserts on the dash and doors that add a sporty touch. The instrument cluster is designed to look like a watch dial with white lighting.
The XC90 comes to India as a CBU (Complete Built Unit) and is available with both petrol and diesel mills. This new model should be made available to Indian buyers after the worldwide launch of the SUV.  Also Read - Nissan wheels in Kicks SUV at Rs 9.55 lakh