Internally codenamed as the Hyundai AH2, the new Santro will be officially showcased at the 2018 Auto Expo.

Hyundai Motor India Ltd. (HMIL) is expected to launch two new hatchbacks in India in 2018. While one of these cars will be the new Hyundai i20, the other one is speculated to be the Hyundai Santro 2018 (codename Hyundai AH2). The new Hyundai AH2 has now been spied testing on two separate occasions in Delhi by a twitter user as well as a Team-BHP user. The hatchback is internally codenamed as the Hyundai AH2, but it is learned that company employees have started referring the car as the ‘new Santro’. Also Read: 2018 Hyundai Santro (AH2) Petrol Engine Production Begins; India Launch Next Year 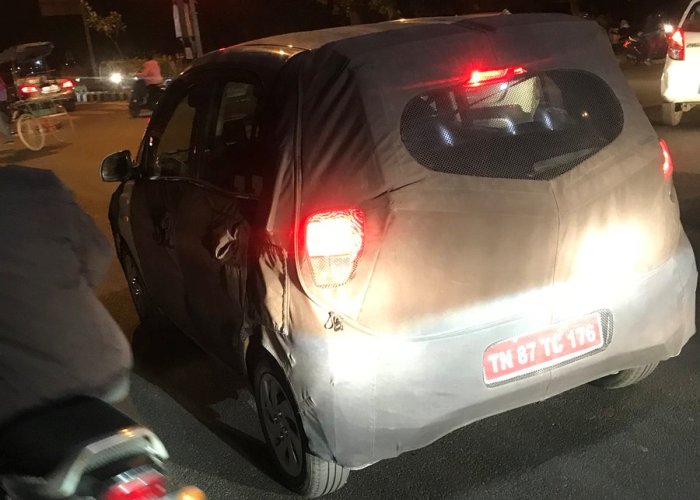 While the official name of the car or the positioning is not revealed yet, sources claim that the car will replace the old Hyundai i10 and will be named as the new Hyundai Santro. The spy images don’t give away too many details as the test mule is heavily camouflaged. However, we can easily see the rear wiper, high mounted stop lamp and the taillights cluster. The other test mule images show the car alongside the Hyundai Eon, giving us the perspective of the size of the car. The car also gets larger windows, which should provide an airy feel to the cabin. Read More: New Hyundai Santro 2018 (Codename AH2) Spied Testing in India; Will Rival Renault KWID, Maruti Alto 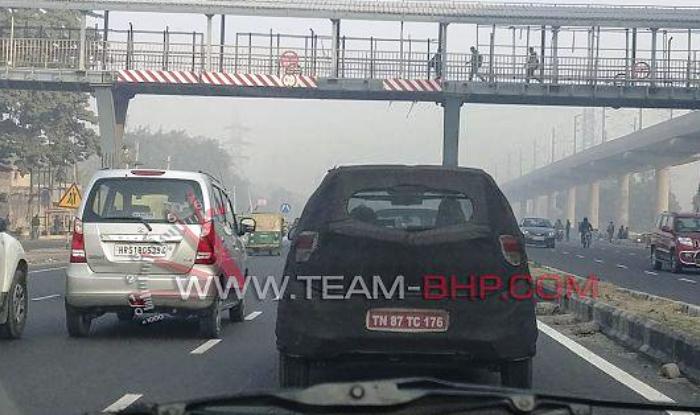 Engine specifications of the new Hyundai Santro are not known yet. That said, production of the engine has already started at the company’s facility, as reported earlier. This new engine will be mated to a 5-speed manual transmission, while Hyundai will also debut its AMT gearbox with the new Santro. The new Hyundai Santro is expected to be showcased at the Auto Expo 2018 and will be launched by mid 2018. The 2018 Hyundai Santro will compete against the Maruti Celerio, Tata Tiago, Honda Brio and the Renault KWID 1.0. As far as pricing is concerned, the new Hyundai Santro is expected to be priced between INR 4 lakh to INR 5.5 lakh. Also Read - Hyundai i20 Receives 20000 Bookings in 20 Days, Firm Makes 4000 Deliveries During Diwali