We previously reported that Maruti Suzuki India, leading auto manufacturing company in the country has commenced the testing phase for the next generation avatar of Wagon R which was captured testing in the capital region recently. The new Maruti Wagon R 2018 yet again has been spied without camouflage reports Rushlane. Speculated to hit the domestic market in coming months probably end of this year, the new generation Wagon R will be based on Suzuki’s advanced Heartect platform which also underpins the new Maruti Swift 2018 which was launched at Auto Expo 2018 early this month. See More: New Maruti WagonR 2018 Spied Testing; India Launch Likely by Year End Also Read - Maruti Suzuki Ertiga Emerges Top-selling MPV, Crosses 5.5 Lakh Sales in 2 Years in India 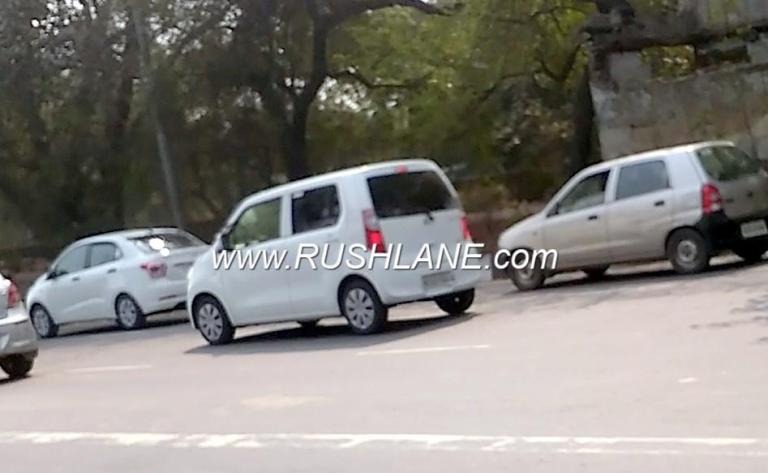 Going by the spec images, the new Maruti Wagon R 2018 will continue to sport tall-boy design, however could be smaller in terms of dimensions. The hatchback is expected to carry new grille upfront with wider air dams, rectangular headlamps, compact bonnet, new LED taillights, revised rear section and much more. Dimension wise, the new hatchback seems smaller as seen in the spy shots. The current version measures 3,395 mm in length, 1,475 mm in width and 1,650 mm in height. Inside the cabin, the updated Wagon R is expected to get touchscreen infotainment system, steering mounted controls, airbags and ABS (standard across all variants) and more legroom. Also See: 2018 Hyundai Elite i20 vs Maruti Baleno Comparison: Price, Features, Mileage, Images & Specs Also Read - Maruti Suzuki Unveils Special Offers For Govt Employees, Benefits Up to Rs 11,000

Talking about the engine specifications, the new generation Wagon R is expected to be updated with new power-train options. Currently, the tall-boy hatchback comes powered by a 1.0-litre, 3-cylinder, K-series petrol engine tuned to make max power of 67 BHP with peak torque of 90 Nm. Transmission duties are likely to be carried out by a 5-speed manual and 5-speed AMT unit. However, the spied unit is powered by a diesel engine reports Rushlane. The company has confirmed that it will restrict using Fiat sourced diesel units that will be replaced by Maruti’s new diesel engine across its product line-up. Read Also: Upcoming Maruti Suzuki Cars Launching in India in 2018-19; Ertiga Crossover MPV, Ciaz Facelift, Swift RS, Vitara Brezza Petrol & WagonR MPV Also Read - Maruti Suzuki India Resumes Operations at Gurugram Plant Amid Lockdown 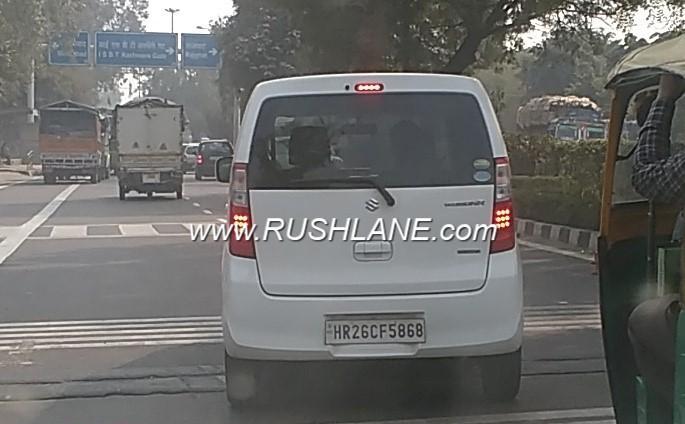 As far as the competition is concerned, the updated version of WagonR will compete against the likes of Tata Tiago, upcoming Hyundai Santro, Renault Kwid 1.0 and others in the segment. Lastly, the new generation WagonR is expected to be slightly premium than the predecessor as the fact it will be loaded with new features and specifications.

It is also rumoured that MSI is working on the MPV avatar of WagonR which will be offered with 7-seat configuration. However, there are not much concrete details about the sub-4m MPV which will lock horns against Datsun Go+ and forthcoming Renault RBC MPV, if launched.