Yet another rumor has surfaced from the depths of the internet about the engine specifications of the new Toyota Supra, but will this be true? 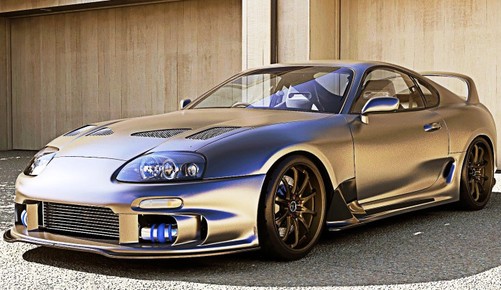 Adding to the already ever increasing speculations about the new Toyota Supra, a Japanese auto magazine named ‘Mag X’ has now said that the sports car from the house of Toyota will feature a twin-turbo V6 engine. This mil in question is said to be borrowed from Lexus and pumps out 400bhp of power along with approximately 406nm of peak torque.  Also Read - Astrological Prediction From Jan 25-Jan 31 by Ritu Kapoor: Check Out Your Weekly Horoscope Related to Romance, Health, Finance

As much as we would like this to happen, this just does not seem right as according to the last rumor, which said that the new age Supra will be powered by an engine from the house of BMW, with which the Japanese company is developing the car in question. Also Read - Karan Johar Writes The Most Beautiful Post For Newlyweds Varun Dhawan-Natasha Dalal

This joint venture will also lead to the development of the new BMW Z5. The report published in the magazine also made it clear that this engine will also feature in the new Lexus GS and LS models. This could mean that the Supra and Z5 will get separate engines and hence be more different from each other.

We already know that the former will be a hard top assembly while the latter a soft top one, also that there will be a significant difference in their dimensions. However, even if the Supra comes equipped with one of the turbocharged, 6-cylinder engine from BMW, we can assure you that there will be no disappointment as the German manufacturer knows their engines very well.

Nevertheless, if this rumor is to be believed, it would mean that the Toyota Supra could finally challenge the Nissan GT-R, which off course would be a thrilling battle to watch. At this point we will like you to get yourself familiarized with some of the older rumor surrounding the Toyota Supra.