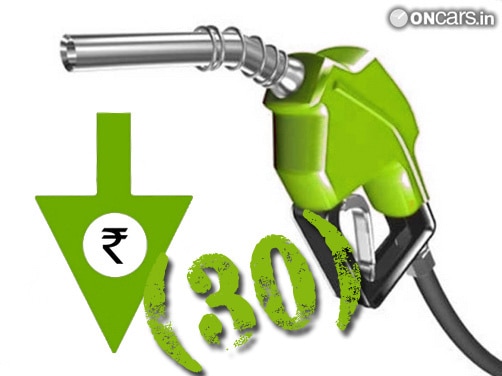 – In an earth-shaking, sun-crying movement, the prices of petrol have been slashed by Rs 30 across all states in India with effect from April 1, 2012. Click on the link for more info. Also Read - Have You Received Delhi & Mumbai Lockdown Guidelines on WhatsApp? Here's The Truth Behind Viral Post

– Sachin Tendulkar, after achieving the mark of a 100th 100 in the age-old game of cricket, is now setting his eyes on the real sport of Formula One by buying a new team that will debut this year; the new F1 team reportedly will be named 'Aai Laa Racing!'. Details revealed. Also Read - April Fool’s Day 2021: History, Origin And How it Got Started 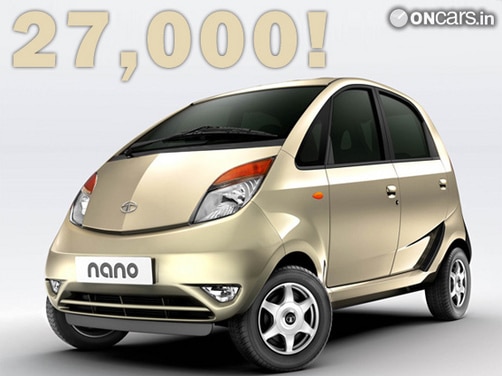 – Tata Motors has finally done it! They have managed to sell close to 27,000 units of the world's cheapest car the Tata Nano in the month of March 2012, nudging the Maruti Suzuki Alto to become the highest sold car in the world last month. To celebrate this long-awaited feat (long-awaited since 2010) the company has re-priced the Nano to an ex-showroom price of Rs 1 lakh. Also there is a word that the new-generation Nano will spray out butterflies out of its boot, every time you step on the brake – to reassure you that the Nano-fire stories are over long back.

– Honda has announced that the company will suspend its all R&D activities for the next two years in order to be able to divert funds and efforts in developing a new breakthrough called the Natural Calamity Prevention Technology. 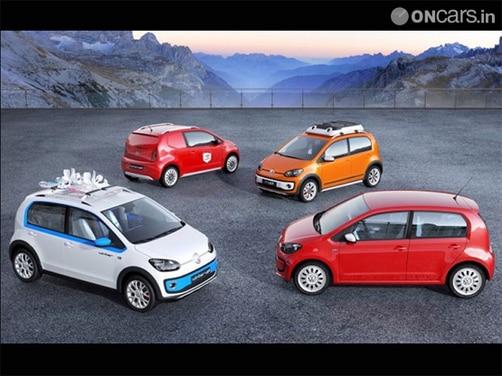 – While Volkswagen is still unable to decide on whether it would like to bring the Volkswagen Up! to India; Volkswagen India has already started work on developing a new small car for the Indian market called SideWayZ! that is expected to arrive in 2014. As the name suggests, SideWayZ! is a car aimed at the youth and is expected to be a cheap, rear-wheel-drive fun hatchback. Volkswagen India will also offer a SideWayZ! R which will be shod with drift-tyres as standard fitment.

– Skoda India, of course will re-badge the Volkswagen SideWayz! and re-launch it as the Skoda LetItGo! in the Indian market by the end of 2013. Unlike the SideWayZ! though, the LetItGo! will be aimed at middle-aged blokes who think the VW counterpart is too youthful for their stature. 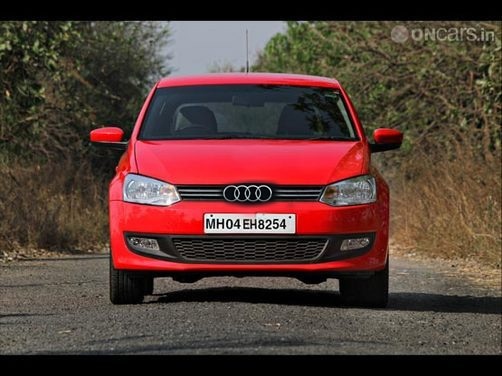 – Audi India is planning to sell a re-badged version of the Volkswagen Polo as the new A0 in the emerging markets like India, China, Indonesia and Russia. The A0 will also feature some obnoxious lights that will remain active until December 2012. Audi will call these ‘YLRLs’ or year-long running lights.

– Maruti Suzuki is developing a new compact SUV that will be based on the company's highest selling model, the Alto. The new SUV is expected to be priced below Rs 4 lakh – officially making it the world's cheapest SUV. The Alto-based SUV will be debuted via an online medium. Why? Because the country’s largest automaker loves the online media so much! (Happy tears!) 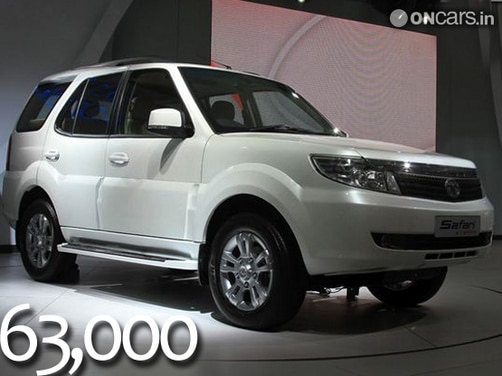 – After a sensational unveiling at the 2012 Auto Expo, followed by the one at the Defence Expo, the Tata Safari Storme has garnered close to 63,000 bookings before its launch! In your face, Mahindra XUV5 double-ooh!

– However, Mahindra & Mahindra has launched a counter-attack on Tata Motors by promising the deliveries of the XUV500 within two days of booking the crossover. 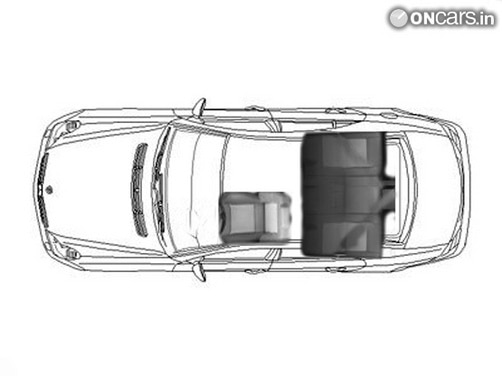 – According to our sources close to Mercedes Benz, the company is currently developing the next-generation S-Class that will come with the driver's seat as an ‘Optional Accessory’. Mercedes Benz has reportedly tied up with Yahoo for the Driver-less Car Technology which has been optimized for most right hand drive countries as well. Oh, and Yahoo is also developing a radio-operated Godzilla.

– BMW, on the other hand is developing the new X00 (X-Double-Ooh) that will be priced under Rs 15 lakh to challenge the Mahindra XUV500. Sources close to BMW tell us that the carmaker is looking at a more mass-market vehicle for the Indian market and the segment created by the XUV500 is the perfect place to begin its new blitzkrieg. The X00 will be placed under the X1 and is expected to run on a 1.4-litre diesel engine. The X00 xDrive14d will see the light of the day on April 1, 2014. 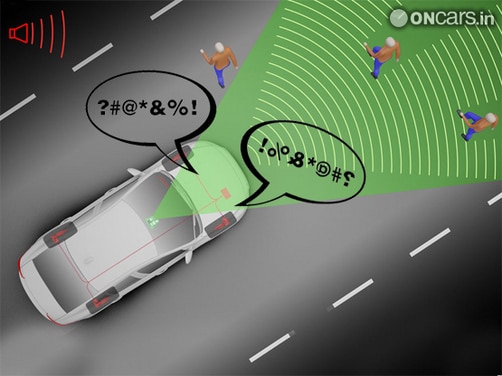 – The Swedish automaker Volvo, whose cars are best known for its world-class safety features is now developing an India-spec safety technology called the 'ASS' or the 'Automated Swear System.' The ASS will be activated and subjected on to other vehicles or pedestrians who come within proximity of 50 meters of the car. The ASS system will be available only in English and Hindi language in the initial stage. However in the second phase more languages will be made available on the ASS system.

– Nissan India has signed up Beti B as the brand ambassador for Nissan's cheap brand, Datsun that was revived recently. The association was formed after an extensive market research led to the conclusion that Datsun and Beti B both will take their respective first baby steps in India by 2014. 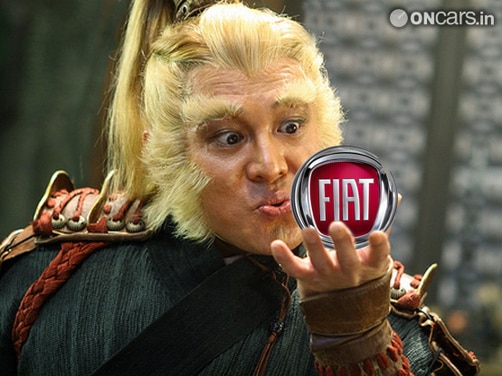 – Fiat India has reportedly hired a renowned Chinese monk called “Cha-Mat-Ka-Ree” to get rid of its string of bad luck, which the company has been subjected too since a long time. Long overdue, isn’t it?

– General Motors has ramped up the production of the Aveo twins to boost the sales of the Chevrolet Cruze and the Chevrolet Captiva. How? Well, GM plans to tie up with Big Bazaar and the likes to sell the new Captiva and the Cruze. So buy a Cruze – get an Aveo U-VA free. Buy the Captiva – get an Aveo sedan free! 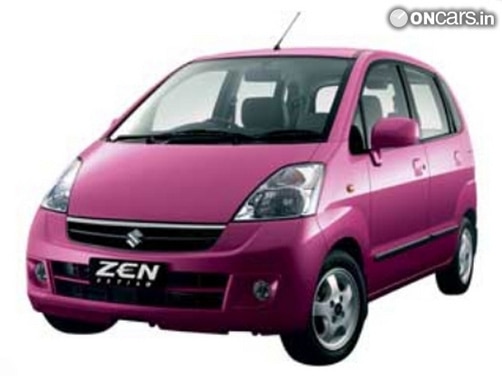 – Maruti Suzuki is planning to launch a new Estilo successor that will be named, Maruti Suzuki Wastilo and unlike it's sibling that sported only one shade of pink, the Wastilo will sport a range of different hues of the colour pink, which will be mixed and developed using the tears of the Brazillian Swan. The name ‘Wastilo’ comes from the fact that the car will be completely recyclable and the different shades of pink are inspired from various types of earthworms found around the globe. 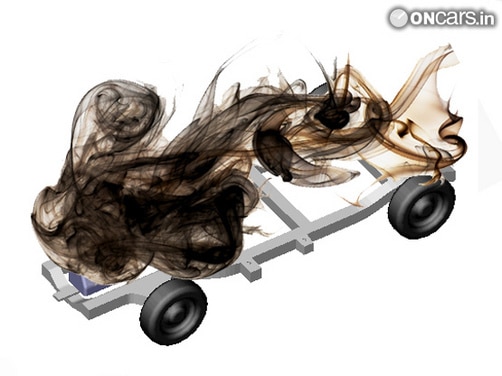 – After the successful 'Fluidic' design philosophy implemented by Hyundai, the company is now playing with a new one called the 'Gaseous' design and engineering philosophy that was inspired from the popular TV series of the 90s, “I Dream of Jeanie.” The first car on this new philosophy will be a five-seater SUV which can ‘expand’ into a seven-seater by merely turning on the heater unit in the car. Now that is what we call a perfect mix of form and functionality! 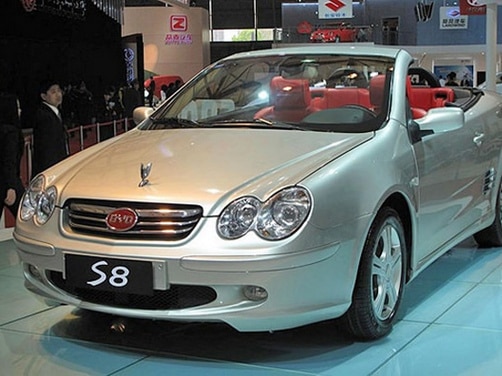 – Tata Motors-owned Jaguar and Land Rover brand had recently announced that will enter the Chinese market soon. However, close on the heels of this news comes another announcement that states that J-LR will use up the company profits made in the FY 2011-12 in buying out all the designers in China so as to prevent any Jaguar and Land Rover replicas from being built. Wise move there fellas!

– After the phenomenal success of the 7-seater Mitsubishi Outlander in India that was launched recently – the one which featured the two extra jump seats in the make-shift third row – the company is now mulling to develop a 9-seater Outlander that can easily accommodate two Indian families and a gardener and a plumber along with his mid-sized dog and his vet, by installing two more jump seats on the roof of the SUV. We unveil it all for you!

DISCLAIMER: This article is written with the intent of humor and makes no representations as to accuracy, completeness, currentness, suitability, or validity of any information provided in it. The views expressed are the thoughts of the author alone and not of the website or the employer. The author's thoughts are based on the information provided to them in strictest confidentiality by well-placed sources who are all completely imaginary and invented for the spirit of this day. The authors or the website have no aim of defaming any carmaker, organization or person, living or dead, and the article seen above is purely meant to tickle your funny-bone. Happy April Fools Day!