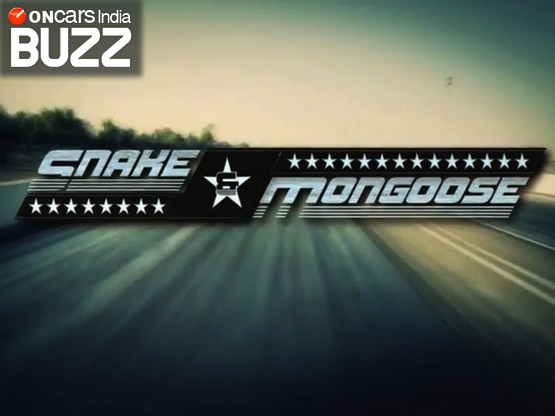 – While we are anxiously waiting for the Hollywood movie 'Rush' to arrive in theaters in September 2013, we have come across another cool flick that is scheduled to hit cinemas later this year. Its called 'Snake & Mongoose' and tells the story of a great motor-sport rivalry in the history of National Hot Rod Association (NHRA) between two legendary drag racers – Don 'The Snake' Prudhomme and Tom 'The Mongoose' McEwen. The movie is slated for a release on September 6, 2013 – three weeks earlier than 'Rush'.  Also Read - Coronavirus Live Updates April 15, 2021: Negative RT-PCR Test Report Mandatory to Enter 3 Temples in Varanasi

– Force Motors has quietly slipped in new variants of the Force One SUV. The company has added a new base variant and a 4×4 version with ABS and EBD. Furthermore, Force Motors has also made a few changes to the rest of the Force One lineup. The SX variant is now offered with ABS and EBD as an option. The top-spec LX, meanwhile, is now available as a 4×4 with shift-on-the-fly 4WD system.

– Nissan's low-cost brand Datsun who recently marked their comeback in the global market will not set up an independent retail network when the company's first offering, the Datsun Go hatchback starts selling in India next year, but instead will piggyback on parent Nissan's infrastructure to sell and service cars. However, the company states that Datsun products will not just be places within the Nissan network, but rather Datsun will have a separate and distinct branding bay within the retail set-up.

– One of world's leading All Terrain Vehicle (ATV) maker, Polaris has donated a total of five units to the Uttarakhand government today in a bid to aid relief and rescue operations that are being carried out in the recent flood-hit regions of the state. The company has also agreed to provide maintenance, including full service and repair at no cost for the donated vehicles for a period of two years.

– Ford is understood to be making India as a compact car global production hub, once its Sanand plant in Gujarat comes on stream in 2014, under a project codenames B562, which may spawn three different compact cars from the same platform. The move is said to be Ford's larger global production restructuring plan, which places greater responsibility on India versus its other base in Europe and across the world.

– At a time when it is gearing up to set up a massive manufacturing unit in Gujarat, Maruti Suzuki has threatened to shut its key Manesar plant in Haryana as it faces the prospect of paying additional compensation — worth over Rs 500 crore —for the 600-odd acres of land where the plant sits. The threat is significant as Maruti makes blockbuster models like the Swift hatchback and Dzire sedan at Manesar, which is also its sole base for making diesel engines.

–  Suzuki Motor Corporationchairman Osamu Suzuki is visiting India on July 25, his third for the year, to attend the board meeting of its Indian subsidiaryMaruti SuzukiBSE -2.35 % and also take stock of its operations here. Suzuki Motor is the majority owner of India's largest carmaker Maruti Suzuki. The Indian company is expected to debut an array of small new cars in the next few months and during the Auto Expo in February 2014 in an effort to maintain itsmarket share of 40% in India.

– In a bit to emulate the success of lower cost luxury vehicles made by Land Rover with the Evoque and Freelander, its sister company Jaguar too, is now planning to launch new affordable models in 2015. The new cars will include a compact sedan and a crossover SUV and is expected to go on sale in 2015. The official announcement regarding the new range will be made at the upcoming 2013 Frankfurt Motor Show in September.

– Ford Motor Company has announced that it has joined a recently established voluntary greenhouse gas reporting program in India, in which Ford's role will be to assist in the establishment of credible and verifiable greenhouse gas inventories. The program is a joint effort between the World Resources Institute, The Energy and Resources Institute and the Confederation of Indian Industry. Ford is already participating in similar programs in United States, China, Canada, Mexico, Brazil and Argentina.

– Bentley's controversial concept, the EXP 9F, which made its debut at the 2012 Geneva Motor Show, which attracted mixed reviews from the audiences has finally been green lighted for production. The production model however, will feature a far more traditional SUV design. The SUV will be the fourth model in Bentley’s lineup after the Continental GT, the Flying Spur and the Mulsanne.

– Tata Motors has officially announced its return to the Australian market under a new independent distributor, M/s Fusion Automotive Pty Ltd, Australia, who have bagged the exclusive rights to market and distribute Tata vehicles in the land down under. Under the tie-up, the first product that is expected to be introduced in the Australian market is the Tata Xenon or Xenon XT, which will be offered in both 4X2 and 4X4 versions and in single or double cab formats.

– When the news first broke earlier during the year that Maruti Suzuki could launch the WagonR Stingray in India, it seemed very farfetched. However, the car has just been caught on camera during an official photoshoot, hinting that the launch is imminent. Click here to read more.

– Mercedes Benz has updated the E350 BlueTec model of the 2013 E-Class with the addition of an all-new 9-speed automatic gearbox. This newly developed gearbox replaces the 7-speed 7G-Tronic unit that was offered with the E350 BlueTec up until now.

– Renault has made it official that the facelifted Dacia Duster (spy shots of which we have seen for months now) will make its debut at the 2013 Frankfurt Motor Show in September. The Duster has been in the market since 2010 and now three year after its inception, the Duster is set to receive its first major update.

– Furthermore, according to reports coming out of Russia, the Dacia Duster (Renault Duster in India) has surpasses another milestone by rolling out the 100,000th unit of the compact crossover at Renault's Moscow facility. The facility which is handled by Avtoframos, commenced the production of the Duster in December 2011.

– Honda is understood to have issued a recall for a certain units of 2013 Honda Accord in the U.S market because of a problem with models' fuel tanks. According to National Highway Traffic & Safety Administration (NHTSA), the fuel tank in certain Honda Accords with the Low-Emission Vehicle (LEV) II rating, may leak fuel and increase the risk of a fire. The fuel tank neck may not have been assembled correctly, causing the fuel pump to not properly seal to the fuel tank.