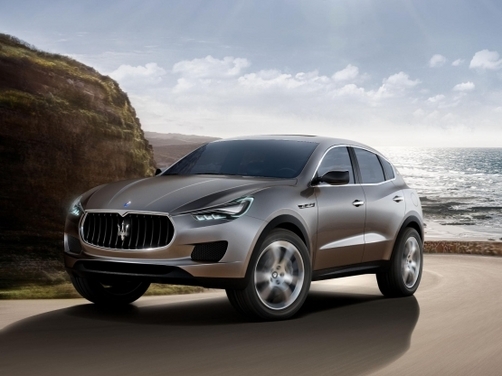 – General Motors’ Halol plant has bagged National Safety Award for the third consecutive year, which is a government initiative to encourage high safety standards in industrial units.  Also Read - UP Government Talks Tough, To Invoke NSA Against Those Attacking Cops During Covid-19 Lockdown

Also Read - After 'Corona' Girl, UP Man Names His Baby Boy 'Lockdown' Because he Was Born During 'Lockdown'

– Government wants customs duty paid on Formula One goods, race might get held up.

– Maruti's Manesar troubles enter the twelfth day. We bring you an update admist the Frankfurt frenzy.

– Nissan has invented a charger that will charge all plug-in and fully electric cars not just by them, but by Honda and Toyota as well. It also gets okay to sell the Leaf in China.

– Toyota's investing a large amount of money in a new plant in Indonesia. It will be able to manufacture Innovas and Fortuners. At the very least that means shorter delivery times for Indian Fortuners.

– If you're going to visit Mysore for Dussera, you should know that the government will not be taking vehicle tax for one month in an effort to draw more tourists this year.

– Honda plans to raise its small car output in Japan, thus affirming that that is where the future lies. The current 'kei' car production lies at 25 per cent of total output, but Honda will increase it to 40 per cent.

– We talked about the big Lambo launch yesterday, and there's another bombshell today: the Sesto Elemento will go into production. If you're one of the few lucky cusomers, expect your hypercar from 2013 onwards.

The Frankfurt Motor show continues from yesterday as well.

– Production ready MissionL concept of Skoda on display at Frankfurt, Lauretta based on the concept to be launched in India soon.

– Maserati's SUV is called the Kubang. No word on features or specs, but the Italian company says that it will have an 8-speed automatic transmission. One thing is for sure: they've managed to retain the 'Maserati'-ness in the design. Two thumbs up.

– Honda unveiled new Civic for European market, the updated version will go on sale in UK early next year

– VW is going slightly mental with the Up! concept, and will showcase as many as six different versions, called names like 'buggy up!', 'cross up!', 'GT up' and 'eco up!' This is called the new small family. Maybe they can make one specifically for handling and call it the 'giddy up!', too.

– Audi finally displayed their electric A2 concept at Frankfurt

– Infiniti has launched the Vettel Edition FX SUV. Why has a F1 world champion endorsed an SUV? Because it can hit 300kmph. It's just a concept. For now.

– Fiat aims to produce 6 million cars by 2014, double the number they currently produce. They will invest USD 27 billion in Italy to this effect.They will also be happy to keep supplying Suzuki with diesel engines.

– Eterniti, the new British SUV maker, has shown off the Hermera prototype. It aims for the super luxury SUV market. It is for those who want even more than a Porsche Cayenne.

– Mercedes showcased the F-125! concept at the Frankfurt Motor Show to celebrate 125 years of the company.

– Hyundai i30 generates lot of interest at Frankfurt Motor Show, production ready car will be laucjed in US soon