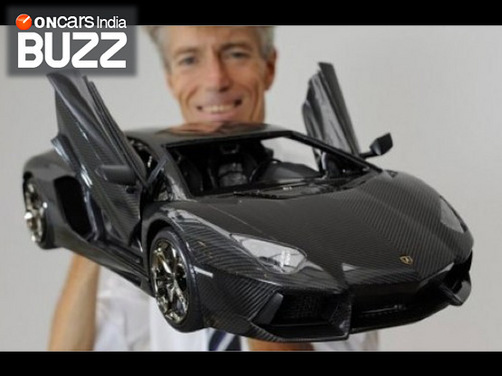 – The VW-Suzuki story continues, with VW mulling a takeover, but we doubt Osamu will be willing to sell Also Read - Shah Rukh Khan And Gauri Convert 4-Storey Office Into Quarantine Ward For Coronavirus + People

– The Harayana government has pulled out of the talks being held between Maruti's management and the workers. More arrests have followed

– Nissan launches the Sunny today. Will it get the pricing right?

– Lamborghini's most expensive model is… a scale model. Would you pay USD five million for a Lambo that's an eighth the size of the real thing but five times the price?

– Tata's also got the same idea with their own scale model, the Nano – they've made one that is worth Rs 22 crore. World's cheapest car? Not any more!

– Ford has made an electric bicycle – but there are no plans of it going into production, thank goodness.

– Aditya Patel won the last round of the Polo Cup in Germany.

– If you've got a very well pimped-out ride, there's a chance that it may be in the next GT5 game! All you have to do is show up with it at SEMA in LA this November.