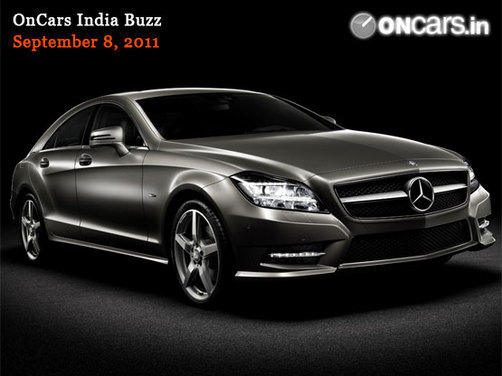 Our new Buzz page has just one objective: to give you the latest auto news, as it happens. We keep it simple, straight and snappy. But if you want more information on a particular news piece, just head out to the relevant link that goes with the snippet. Also Read - Virat Kohli, Sachin Tendulkar, Mary Kom Participate in Lights Off Challenge as Sporting Fraternity Unite in Fight Against COVID-19 Pandemic by Lighting Candles, Lamps

– Tata Motors says they have cut down production to “align with the market needs”. Read: lean sales, bleak prospects and Nano fires are the reasons. Complete coverage

– The steep hike in third-party insurance rates means the insurance companies have benefitted – recording a growth of 23 per cent. Complete coverage

– Volkswagen plans limited editions of its two bestsellers – Polo and Vento for the festive season. On offer is a special varaint – Breeze – and goodies worth Rs 40,000. Complete coverage | More details on the Breeze variants

– Mahindra and Toyota have already announced price hikes. And now it looks like there will more announcements on similar lines from other manufacturers. Stay tuned for more on this.

– Mahindra Reva is mulling using the electric powertrain for one of M&M's existing models. It will be Reva's first step into the big league and Mahindra's attempt at new technology in an existing set-up.

– Gujarat is hot property, auto wise. First it was Tata, then Ford and now Maruti Suzuki is rushing to talk to CM Narendra Modi to set up a plant in the state. Is Manesar listening?

– Rumours of trouble between Volkswagen and Suzuki have been rampant and now Suzuki has gone official, saying they are not on talking terms with VW anymore.

– Nissan is now selling the Micra in a new color called 'spring green'. The only one we've spotted on the road so far even had 'XV' badging on the bootlid. Is Nissan now putting badging on all Micras? Let us know in the comments!

– Mahindra will launch the new Bolero today in Mumbai. What is “new” about the good ol' Bolero? Keep watching this space to find out. New Mahindra Bolero launched at Rs 6.19 lakh