Petrol price in India was cut by 91 paise per litre while the diesel prices reduced by 84 paise per litre. Rates differ from state to state due to differential local sales tax or VAT rates. This is the seventh reduction since August, the third straight cut, as international oil rates continue to slump. 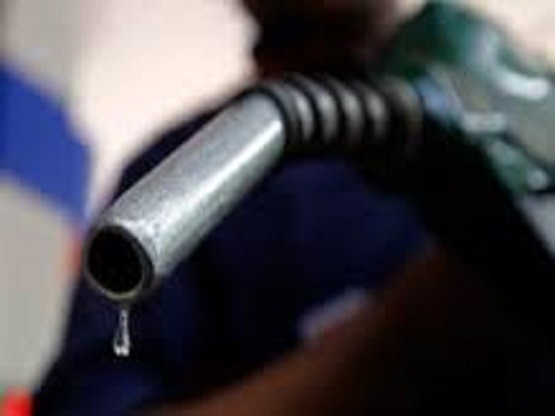 Also Read - Petrol, Diesel Prices To Go Down Big? All You Need To Know

Petrol and diesel price reduction was effective midnight yesterday, Indian Oil Corp, the nation's largest fuel retailer, announced here. In Delhi, petrol price will cost INR 63.33 a litre as compared to INR 64.24 per litre previously while in Mumbai the reduction will be 96 paise to INR 70.95 per litre. Diesel will cost INR 52.51 a litre in Delhi from tomorrow as against INR 53.35 currently while in Mumbai the price will be cut by 93 paise to INR 60.11 per litre. Also Read - Petrol, Diesel Prices: Fuel Rates Remain Unchanged; Details Here

The prices of petrol and diesel were last revised downwards on November 1 by INR 2.41 a litre and INR 2.25 per litre, respectively (including state levies at Delhi) on the back of declining international oil prices. “Since the last price changes, the international prices of both petrol and diesel have continued to be on a downtrend. The rupee-USD exchange rate has, however, appreciated since the last price change. The combined impact of both these factors warrant a decrease in retail selling prices of both petrol and diesel,” IOC said in the statement. Also Read - Petrol, Diesel Price: Fuel Consumers Can Expect Relief; Check City-Wise Rates

This is the seventh consecutive reduction in petrol prices since August and third in diesel in rates since October. Prior to yesterday's reduction, petrol price has been cumulatively cut by INR 9.36 per litre since August. Diesel price was cut for the first time in more than five years on October 19 by INR 3.37 a litre when the government decided to deregulate the fuel. This was followed by another reduction on November 1.

“The movement of prices in international oil market and INR-USD exchange rate shall continue to be closely monitored and developing trends of the market will be reflected in future price changes,” the statement said. Rates would have been cut by INR 1.50 on November 16 but the government took away the gains by way of an excise duty increase.

Excise duty on normal or unbranded petrol was hiked from INR1.20 per litre to INR 2.70 per litre and unbranded diesel from INR 1.46 a litre to INR 2.96. The same on branded petrol was raised from INR 2.35 a litre to INR 3.85 and on branded diesel from INR 3.75 to INR 5.25 per litre. While the fall in global rates and the resultant cuts in retail prices have led to loss of revenue to the exchequer, particularly of state governments, there wasn't any loss to the central government on account of reduction in petrol and diesel prices as excise duty on the two fuel is fixed and not ad valorem.

Oil firms revise rates of petrol, which was deregulated in June 2010, and diesel on 1st and 16th of every month based on average international oil price and rupee-US dollar exchange rate.