Petrol prices likely to come down by Rs 1.6 a litre

Thanks to rupee’s growing value against the dollar and drop in crude oil prices.

Petrol car owners can take a sigh of relief as petrol is likely to cost Rs 1.6 less per litre. The state-owned fuel retailers are looking to drop the prices given that they are raking in profits of about Rs 2 on sale of every litre of petrol.  Also Read - Electric Jugaad: Fed up of Rising Fuel Prices, Telangana Man Turns His Motorcycle Into a Electric Bike

Thanks to escalating rupee and drop in prices of crude oil, the oil firms are now considering to reduce the cost of petrol. The reason for this can be put down to the fact that the rupee’s value against the dollar has witnessed a five-month high which has slashed import costs for oil firms.  Also Read - Petrol, Diesel Prices Slashed Again! Check Revised Rates of Petrol, Diesel in Delhi, Mumbai, Kolkata, Chennai 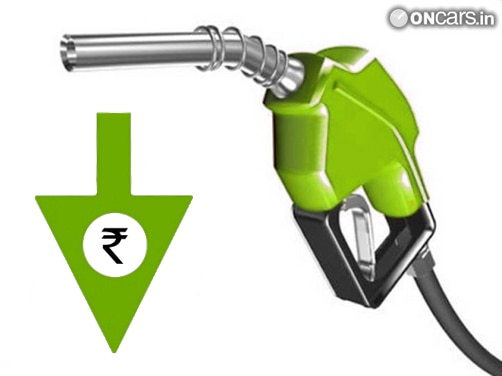 However, the price cut will not be put into effect just yet as state-owned oil firms are looking at the stability of the Indian rupee and crude prices. Petrol costs will then be eventually dropped if the current scenario is stabilized.

“Yes, there is about Rs 1.60 per litre profit on petrol since October 1. But we want this trend to stabilise before we think of cutting retail prices” a senior executive of a state-owned fuel retailer said.

“We are committed to passing on any gains that we make but all we are wanting to ensure is that this is not a temporary trend which can reverse in near future” he added.