Polo Cup round four gets underway this weekend

Volkswagen one-make race to be held at MMRT Chennai 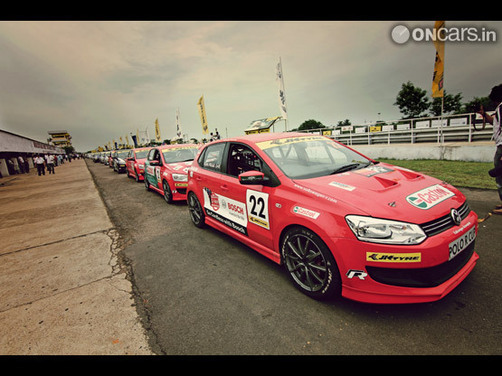 The fourth round of the Volkswagen Polo cup will begin tomorrow at the Madras Motor Race Track, Irungattukottai. The Polo cup is in its second year and is a part of the 14th JK Tyre National Racing Championship. The first two of the six rounds of this year’s championship were held at the Kari Motor Speedway and then the action moved to Chennai for the remaining four rounds. Qualifiers for the fourth round will be held on September 17, Saturday followed by two races on Sunday.  Also Read - Entertainment News Today March 02, 2020: Sonam Kapoor Ahuja Floods Internet With Subtle Tweets Over Delhi Violence, Shares Amul's Cartoon

After the first three rounds, Vishnu Prasad is leading from Avdumber Hede by 19 points and close behind him is Oshan Kothadiya in third place. The top five drivers are separated by a mere 46 points and 60 more points are up for grabs over the weekend. The competition is expected to be fierce and we shall be there to follow the action. Watch this space for more updates! Also Read - Swara Bhasker's 'Dissent is Patriotic' Mood Gets Twitterati Divided, Diva Garners Love-Hate Messages