German sports car maker Porsche has recently announced that it will be recalling its mid-engined plug-in hybrid supercar, 918 Spyder over faulty chassis. The recall will be taking place on a global scale and Porsche will be recalling 205 units of the car. The Porsche 918 Spyder is one of the most powerful sports cars ever made, and is currently the German car company's most expensive model that is out in the market today costing $845,000 (INR 5.4 Cr approx). 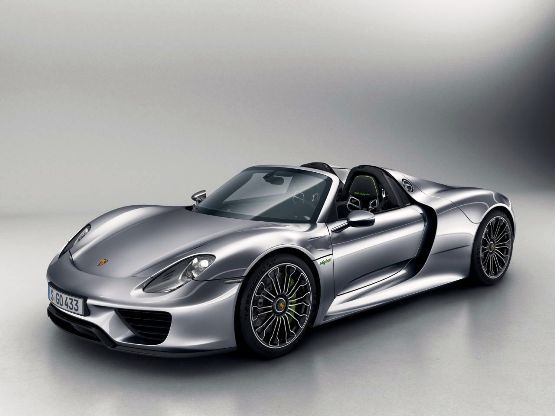 The chassis of the recalled Porsche 918 Spyders, which were manufactured between a certain time period, have been manufactured using certain components whose functionality cannot be permanently guaranteed. As of now none of the owners have complained to have any problem with the car and this recall is completely conducted by Porsche as a precautionary measure. Also Read - Porsche launches 911 GT3 priced at Rs 2.31 crore

This particular defect was discovered by the carmaker while conducting an in-house quality test. The owners of the Porsche 918 Spyder will be personally contacted by the company representatives to get the repairs done. They will be asked to fix an appointment with the workshop and  the repair will be carried out in around two days. The process of recall will be carried out from 2015.

This is the second recall faced by Porsche 918 Spyder this year. The previous one was carried out in early 2014, when 46 units were called back by the company to address a possible issue with the rear axle, which faced the threat of breaking under extreme racing conditions. Even this recall was carried out as a precautionary measure.

Being the most expensive car of the company’s line-up, Porsche only manufactured 918 units of the the 918 Spyder thus highlighting the exclusivity of the brand and the vehicle and every last unit has been sold out. The 918th Porsche 918 Spyder was sold last month.