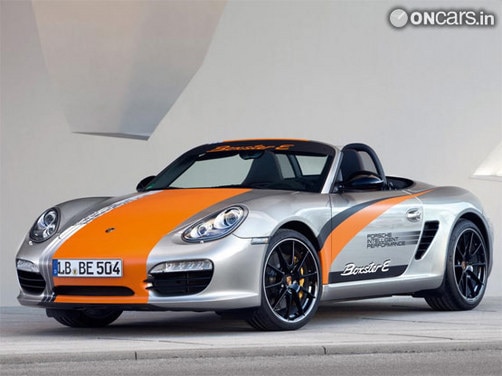 We all know that hybrid is the way forward for supercars and Porsche 918 is proof enough. Tesla pioneered the electric sports car but the rest of the world had been a bit skeptical about loading a nippy sportscar with heavy battery packs. Porsche has taken a step in this direction by displaying two Boxster E prototypes at the Michelin Challenge Bibendum in Berlin last week. Being the first of the factory electrics, the two Boxter Es were well received and people who drove them around in a specially designed circuit found the dynamics no different than a stock Boxter. Also Read - Bigg Boss 15 LIVE Updates: Karan Kundrra-Tejaswwi Prakash Get Cosy, Donal-Vidhi's SHOCKING Mid-Week Elimination

The Boxster E is currently being tested in two configurations – all-wheel drive and rear wheel drive. The all-wheel drive car features two electric motors, one on front and rear axle each and runs on purely electric power with four-wheel drive, making it similar to a Boxster S. The rear drive unit comprising of the motor, transmission and the control unit for the electric motor is placed where the manual transmission and exhaust system figure in the conventional Boxster. The space vacated by the 64-litre fuel tank is occupied by the secondary drive unit up front while the control unit lies in the front luggage compartment. To ensure maximum traction, a central electric control unit looks after the synchronisation of the two electric motors and ensures optimum torque distribution between the two axles. Also Read - NTA Likely to Release DU LLB Entrance Exam Result 2021 at du.ac.in. | Details Inside

The two electric motors develop a total 245PS of power and a maximum total torque of 540 Nm. The rear wheel drive car features just one motor at the real axle that produces about 123PS and 270Nm. With the maximum torque available from a standstill, the all-wheel drive Boxter E can accelerate to 100kmph in 5.5 seconds while the rear-wheel driven car takes 9.8 seconds to clock a ton. The motors also incorporate energy recuperation while braking.

Power comes via a lithium-iron-phosphate based traction battery pack, which sits in place of the conventional engine. It features 440 individual cells, with each having a voltage of 3.3V and a capacity of 20Ah. Porsche claims the combined energy from them is good for a range of 170 kilometres. The battery pack weighs about 341kg and Porsche designers have achieved an overall weight of 1600kg for the car, which is an astonishing feat. As the cars are virtually noiseless, Porsche engineers have designed an Active Sound Design system that provides drivers with acoustic feedback as well as also alerts other road users. 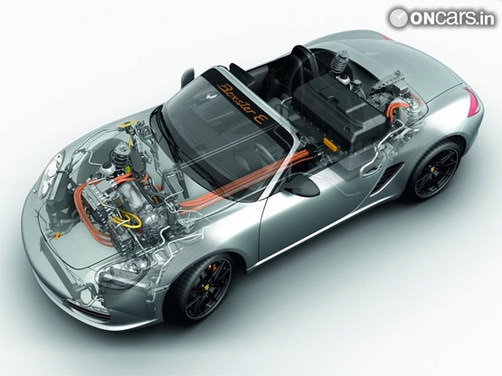