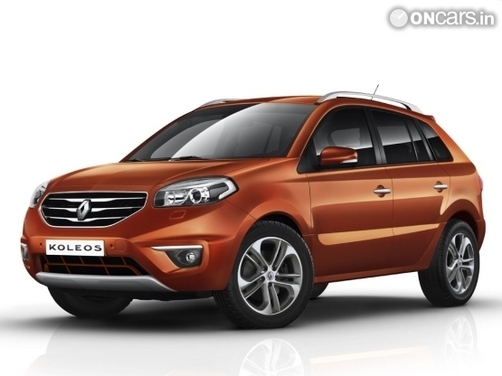 Renault will hold a world launch of the Koleos SUV today – it is a facelift that will see the front get a cleaner, more mainstream look over the previous Koleos.  Also Read - Honda Launches BS6-Complaint City Petrol in India

The Koleos is expected with a single engine option, a 2.0-litre DCi diesel mill that generates nearly 150PS and a healthy 320Nm of torque. Power will be channeled through either a six-speed manual or six-speed automatic gearbox, and fed to all four wheels.  Also Read - Hyundai Set to Launch i20 in Middle of Next Year, Car's Unveiling at Auto Expo 2020

The Koleos is quite strong on the features front, with the highlight being a BOSE audio system that promises a delightful aural experience. Also on the list is leather upholstery, cruise control, climate control, automatic headlamps, automatic wipers and rear parking sensors.

The Koleos is expected to compete with the likes of the Toyota Fortuner and Hyundai Santa Fe but will feel more like a crossover like the Honda CR-V, Mitsubishi Outlander and Chevrolet Captiva. The cost is expected to be in the same range as its competition – between Rs 18 and 22 lakh.