Renault has confirmed that it will soon bring the special edition variants, Renault KWID Climber & Renault KWID Racer to India.

Renault, the French car manufacturer is currently riding high on the success on their entry-level hatchback KWID. In order to further improve this vehicle's domination in the Indian market, Renault is all set to bring in the AMT and the 1000cc variant of the car this festive season. According to a report published in Indiacarnews, the company will also launch the KWID Climber and KWID Racer in India. These two customised variants of the small car were showcased earlier this year at the 2016 Delhi Auto Expo. Also Read: Renault Kwid Racer and Climber will be launched as Special Editions- Report

Senior Renault officials have confirmed that they will indeed bring these vehicles in India. However there is no official word as to when these cars will be launched; but we expect their arrival sometime during 2017. The Renault KWID Climber, as the name suggests, features an exterior profile that resembles to that of a hatchback crossover. It boasts of a high ground-clearance and thick body cladding that add to its muscular appeal. Mind you that the KWID Climber will not be an actual off-roader albeit looking like one. The interiors of the car will be quite different from that of the regular Renault KWID. Though remaining similar in layout, they will feature striking upholstery and trim colour combinations. Also Read - David Warner Says He Will go Into IPL Auction For Next Season 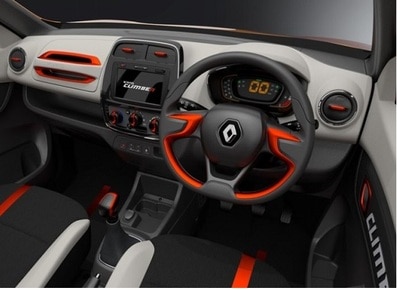 Things are expected to remain same under the hood. The KWID Climber will get the new 1.0, 3-cylinder petrol engine which is going to be introduced in the upcoming KWID SCe. The engine will pump out 69Bhp of power and will be mated to a 5-speed manual gearbox. Since the KWID Climber will be available as an optional pack, we expect the price of the vehicle to be costlier as compared to the standard KWID. We may see a price tag closer to INR 4 lakh (ex-shworoom) for the Renault KWID Climber.