Renault Kwid to produce 57bhp; launch in second half, 2015

Renault India will launch the Kwid small car in the country in the second half of 2015. With 98% local components, the small car will carry an aggressive pricing. The company has announced that the vehicle will be priced between INR 3 and 4 lakh. At the global unveiling, Renault announced that the Kwid will get an 800cc, 3-cylinder petrol engine. According to Team-BHP, the small engine will develop 57bhp of power. This engine is described as a "simple engine", and the company claims that the mileage of the small car "would be among the best in India." 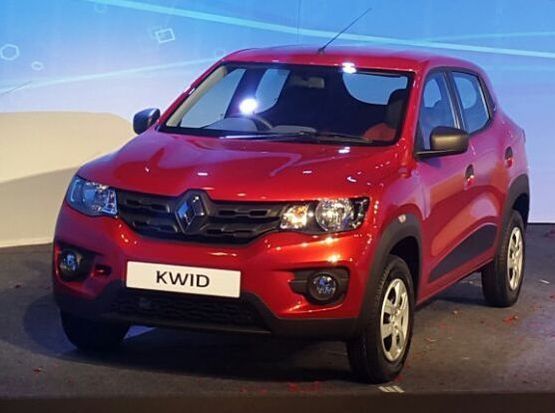 Renault Kwid is a small car that measures 3.68 meters long and 1.58 meters wide, and it comes with a high ground clearance of 180mm. It is based on Renault-Nissan Alliance CMF-A platform that will also underpins the Datsun redi-Go based hatchback. The car features a dual-slat chrome grille, sweptback headlamps, 13-14 inch wheels, stylish fog lamps, plastic cladding on sides, body-coloured tailgate spoiler, Piano black centre console with a chrome-surround and Media-Navigation multimedia/navigation system with a seven-inch (18 cm) display. Also Read - Renault Kwid, Duster and Lodgy to Become Costlier from January 1, 2018

The Kwid entry-level bike will be offered in both manual and AMT (Automated Manual Transmission) versions. There will be no diesel variant on offer, but reports suggest that the vehicle might get a 1.0-litre petrol engine on later stage. The Kwid small car will rival against the likes of the Hyundai Eon and the Maruti Alto. The small car weighs just 670kg, which is about 55kg lighter than the Hyundai Eon and 25kg less than the Maruti Alto 800.