The Rolls Royce Dawn Convertible is priced at INR 6.25 core, ex-showroom. It is positioned below the Drophead in the British Ultra-luxury carmaker's global lineup. 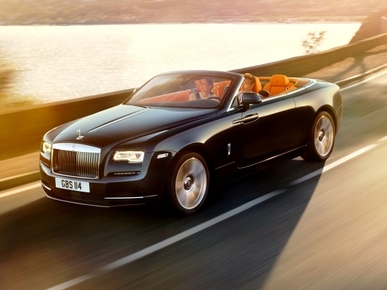 Rolls-Royce, the Ultra Luxury Carmaker has launched the 2016 Dawn Convertible in the Indian car market today at INR 6.25 crore, ex-showroom . First unveiled at the 2015 Frankfurt Motor Show, the Dawn is the new sporty convertible that is slotted below the Drophead Coupe in the British automaker's global lineup. Also Read: Rolls Royce Dawn to be launched in India 24 June   Also Read - Twitter Rolls Out New Topics Feature in Both English, Hindi Languages | Details Here

Under the bonnet of the new Dawn Convertible is a 6.6-litre twin-turbo V12 engine that is capable of producing 563bhp of power along with 780Nm of torque. Power is transmitted to rear wheels via an eight-speed automatic unit. The convertible is claimed to achieve 0-100kmph in less than 5-seconds before hitting an electronically limited top speed of 250kmph.  Also Read - BCCI Pays Tribute to MS Dhoni After Announcing India's Team to Tour Australia

This four-seater convertible is a sportier model and features the company's new design philosophy. Talking about styling, the vehicle features the Spirit of Ecstasy badging, large Rolls-Royce signature chrome grille and low stance. Inside the cabin, the convertible features full wood finish, leather upholstery for seats and features like electrically adjustable seats, a canvas roof that will drop down in just 30 seconds, climate control, a bespoke premium audio system with sixteen individually-tuned speakers, chrome decorative inserts and many more.

According to the British automaker, the Dawn has 80 per cent unique body details with 2:1 wheel height to body height. It features long bonnet, short front overhang, high shoulder line and a long rear overhang. Upfront, the radiator grille is positioned higher by 45mm compared to the Wraith. It features the retractable soft-top roof, which can operate in complete silence. This soft top can be opened in around 20 seconds at speeds up to 50kmph.