Rolls Royce Dawn to be launched in India 24 June

The Rolls Royce Dawn is a 2 door convertible that will be launched in India on 24th June, 2016. The car has a seating capacity of 4 people and will be imported into the country via the CBU route. 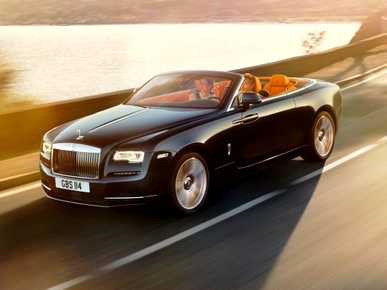 Rolls Royce, the British luxury car manufacturer, is all geared up to launch the Rolls Royce Dawn in the Indian car market on 24 June, 2016. The Rolls Royce Dawn is a 2 door convertible that that is based on the Wraith. The car has a seating capacity of 4 people and will be imported into the country via the CBU route. The Rolls Royce Dawn was first unveiled at the Frankfurt Motor Show 2015. Rolls Royce claims that the Dawn uses 80% of new bodywork as compared to the Wraith while the car features a lot of new features. Also Read: Rolls-Royce reveals Dawn at Frankfurt Motor Show; India launch likely to be in 2016 Also Read - Twitter Rolls Out New Topics Feature in Both English, Hindi Languages | Details Here 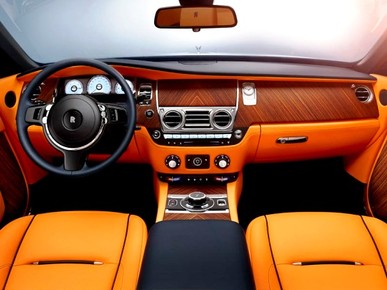 Rolls Royce claims that the Rolls Royce Dawn will feature the quietest cabin in spite of being a convertible and sporting a fabric roof. The electric roof can be expanded or retracted at speeds of up to 50kmph within 22 seconds. Being the quietest convertible around, Rolls Royce has aptly named the car as a ‘Silent Ballet’. The car gets luxurious interiors with leather upholstered seats along with wood inserts in the centre console as well as the dashboard. The car also features a 10.25-inch touch-screen HD navigation display, Multimedia navigation system and Spirit of Ecstasy rotary controller with gesture sensitive touchpad. Read More: Rolls-Royce Dawn To Be Globally Launched Tomorrow Online 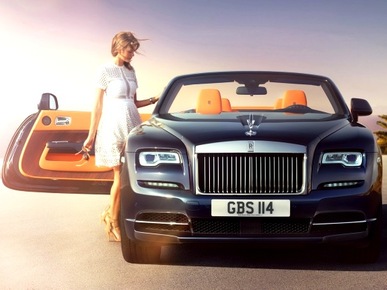 The Rolls Royce Dawn is powered by a 6.6-litre V12 twin-turbocharged petrol engine that produces 563bhp of max power and 780Nm of peak torque. This engine comes mated to an 8-speed automatic transmission. The Dawn can accelerate from 0 to 100kmph within 4.9 seconds. Technological aides include a GPS assisted Satellite Transmission which adjusts the transmission according the road head.

The car also features the BMW iDrive system, bespoke 16-speaker audio system along with new suspension system with new air springs. The car sports 20-inch alloy wheels that runs on run flat tyres that can run at a speed of 160kmph for up to 80kms in a deflated condition. Rolls Royce is also offering the Dawn with 21-inch alloy wheels as an option.