Royal Enfield has revised its warranty schemes in India as of 1st January 2015. Henceforth Royal Enfield will be offering warranty service for 20,000 kilometres or 2 years, whichever occur earlier, from the date of sale. The new warranty scheme will be applicable on bikes which were sold on or after January 1 this year. 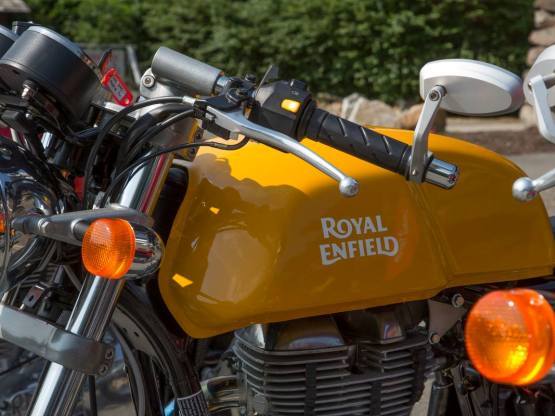 The Chennai based two-wheeler manufacturer has been among the leading motorcycle producers of high powered motorcycles like Bullet, Thunderbird and their latest offering the Cafe Racer Continental GT. The brand has its own special cult following in India and has been present in the country since 1955. But even with its esteemed fame the bikes are not known for their long term reliability. Also Read - Samsung W20 5G November launch confirmed by China Mobile, might be a foldable clamshell

Up until 2014 the company only provided a warranty period of 1 year of 10,000 kilometres, which was quite less considering maintenance requirements. Now with the warranty period being doubled, this new step might come in favour for improving goodwill and trust among potential buyers. If the cards are played right it could also lead to increase in company sales. Also Read - Xiaomi Redmi 8 vs Realme 3i vs Motorola Moto e6s: Price in India, Specifications and Features compared

The Royal Enfield comes among one of the oldest motorcycle manufacturers in India. Initially a part of Enfield India the company bought over by Eicher Group in 1994. Currently under its name the Royal Enfield sells 350cc and 500cc motorcycles spread across four categories, namely, Standard Street, Retro Street, Cruiser and Cafe Racer. All the current bikes come in the range of INR 1.04 – 1.95 lakhs (ex-showroom).