Santro to co-exist with Hyundai Eon

Even with Hyundai Eon slated for Rupees 2.5 lakh base price Santro will continue in India. 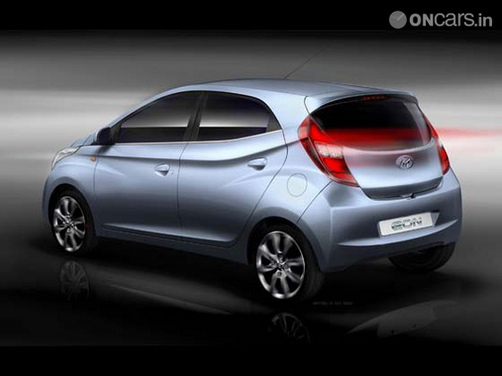 Hyundai has taken the wraps of their much-awaited entry-level small car Eon, the new car will be launched in mid-October. The Eon will be priced aggressively with base tag of around Rupees 2.50 lakh and will compete with Maruti Alto in the small car segment. Also, while taking to media, Hyundai confirmed that they will continue offering their flagship model Santro Xing to the customers in India. Also Read - Won't Pursue Executive Chairmanship of Tata Sons, or Directorship of TCS: Cyrus Mistry

Hyundai Santro was launched back in 1998 and established the Korean carmaker in the Indian market. The Santro Xing launched in 2003 is currently priced at Rupees 2.80 lakh (ex-showroom Delhi) and costs slightly higher than the new Eon. At the current pricing, new launch might directly affect the sales of Santro and it would be interesting to see if the company will reposition the car when it has sold over 7000 units in month of August. There are also rumours that Xing prices might be slashed to Rupees 2.35 lakh and will be compete with top-end Tata Nano. Also Read - Tata Sons Moves Supreme Court Against NCLAT Order to Re-appoint Cyrus Mistry as Company Chairman