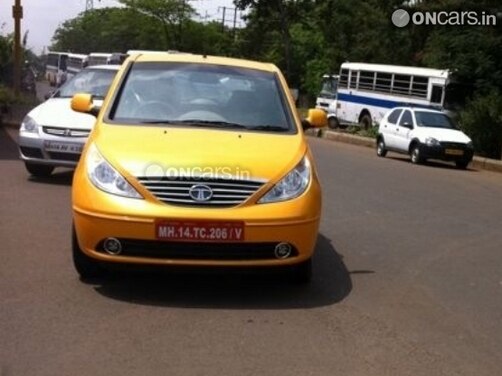 Also Read - Guess Who? Hot Young Actor Is Afraid No Star Kid Will Date Him Since He Isn't One Of Them

Tata’s Indica Vista hasn’t exactly been a runaway success, but its special or limited edition models have done quite well in the past. So while we are not sure if the car in the spy shots is a full-fledged facelift of the Indica Vista or just another special edition run, we definitely like what we see. Tata needs to breathe some fresh air into the Vista now that the competition has heated up further thanks to the like of the recently launched Toyota Etios Liva and the upcoming Honda Brio. The aggressive new Indica Vista facelift seen here should help Tata get some more traction in this segment. Also Read - Guess Who? Superstar Opts Out Of Ambitious Project After Young Girlfriend Fails Look Test And Gets Rejected 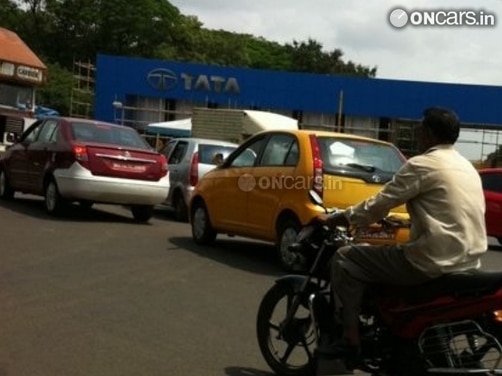 Also Read - Guess Who? Actress And Filmmaker Couple Has Sorted Out All Differences And Are Set To Tie The Knot In 2018

As can be seen the spy shots, the 2011 Indica Vista facelift gets its double-barrel headlights, chrome grille, redesigned bumper and chrome garnished fog lights from the Tata Indigo Manza. The tailgate continues to use the same taillights unlike the LED treatment that was expected on the facelift model. There is a black moulding that sits below the rear windshield to add further sportiness to the flamboyant yellow colour that you see on the test mule. We see Indigo Manza alloys too on the 2011 Indica Vista facelift.

This particular model of the Indica Vista is expected to hit the Indian market by Diwali this year. Whether this is the mid-life makeover for the Vista or if there is a better one coming later, remains to be seen. Tata could well be holding some surprises for the Auto Expo 2012 – till then, this could be the best Tata Indica Vista you can buy.