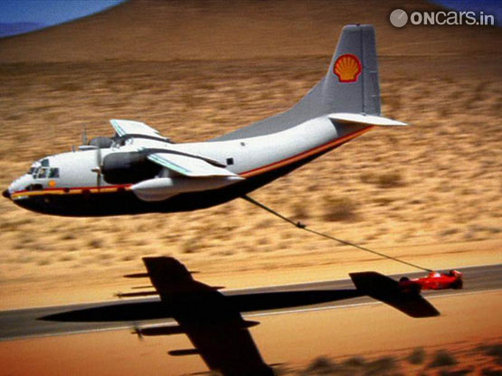 Ferrari is one of the oldest teams in the business of Formula One and Shell Lubricants are one of the oldest names in the business of petroleum. What is also of significant is the Shell – Ferrari partnership which dates back to 1947. To highlight this fruitful partnership and to celebrate the first Indian F1 Grand Prix, Shell has hosted a photography exhibition in New Delhi. Also Read - Shell organizes trackside laboratory tour at the 2013 Indian Grand Prix

On display are 25 photographs that showcase the heritage of the Shell – Ferrari partnership. The activity aims at providing an insight into the significant role that the Shell Helix motor oil has played in Ferrari’s Formula One success. It also highlights how Formula One has helped Shell in developing the cutting edge technology that their lubricants are loaded with.

Mr. Ian Albiston, Shell’s Formula One Project Manager, on the occasion of the Flagship photo exhibition for the inaugural Indian Grand Prix 2011, said, “Shell’s technical partnership with Scuderia Ferrari is one of the strongest and most established in the Formula One paddock, dating back to 1947. Ferrari’s success also depends on having the most technologically advanced fuels and lubricants in the sport, and so every Shell product in the car is tailor-made to get optimum performance in the Ferrari Formula One car.”

Speaking on the occasion, Mr. Donald Anderson, Country Head – Lubricants, Shell India Markets Pvt. Ltd., said: “Shell Helix is proud of its longstanding association with Ferrari and this is an opportunity for us to share our decades of magnificent history and experience with Formula One fans, enthusiasts and consumers in India.  We are excited to host this photo exhibition that revives the age old memories of our association and will also give an opportunity to all Formula One enthusiasts to cherish the precious moments Shell has shared with Ferrari. We believe the Shell Helix photo exhibition will be the adventure of a lifetime and no one should miss the opportunity to join us in India”. 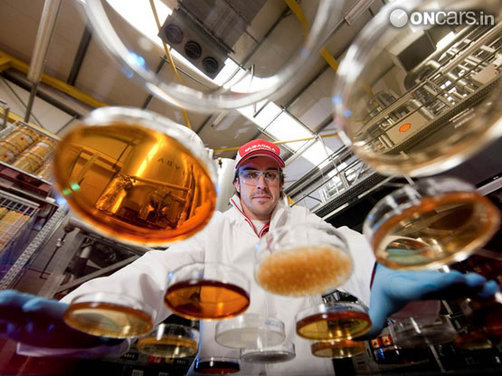 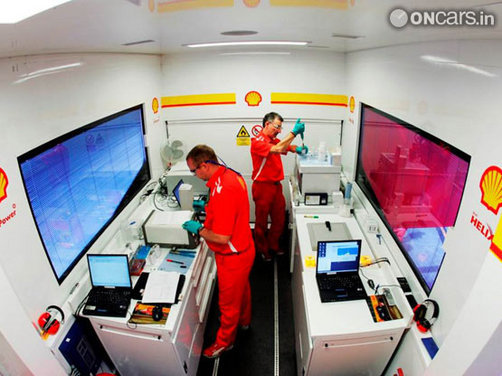