OnCars.in gets the details and does the math for you 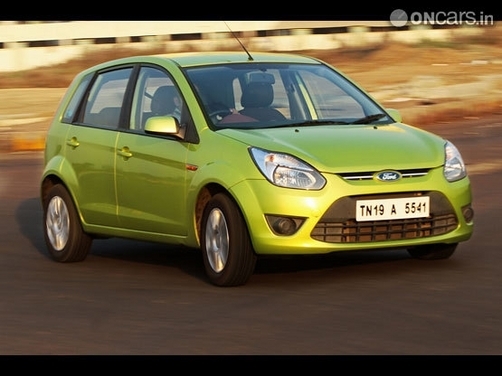 Thanks to the increasing heat from the upcoming Maruti Suzuki Swift and the recently launched Toyota Etios Liva, Ford has been heavily advertising about their new EMI scheme for the Figo. The advertisement claims to let you buy a brand new Ford Figo at a monthly instalment of Rs 4,999 only. The magic figure of five thousand rupees had a lot of our readers writing in asking us about the truth and the hidden costs that are generally involved in such a scheme. So we decided to sit down with a Ford salesman and understand the plan for you. So here goes: Also Read - Audi releases prices for the A3 sedan in US

The catch however, is in the EMI itself. The ‘Rs 4,999’ is the EMI that you will pay for the first twelve months (1 year) of a five-year loan term. Every successive year will attract an additional Rs 1,000 per month on the EMI meaning your instalment structure will look something like this:

The total amount you pay at the end of five years is close to Rs 4.2-lakh for a loan amount of Rs 3-lakh which means your yearly rate of interest (flat) is approximately 14.2 per cent. So we suggest you compare the table we have given above to the finance schemes available from your bank and make a buying choice accordingly. The Ford Figo is also available on finance without this scheme with up to 90 per cent of the ex-showroom price available on loan.