The new US-Spec Ford EcoSport facelift was spied testing in the US with minimal camouflage. The front end of the car gets its design inspiration from the bigger Ford Endeavour. 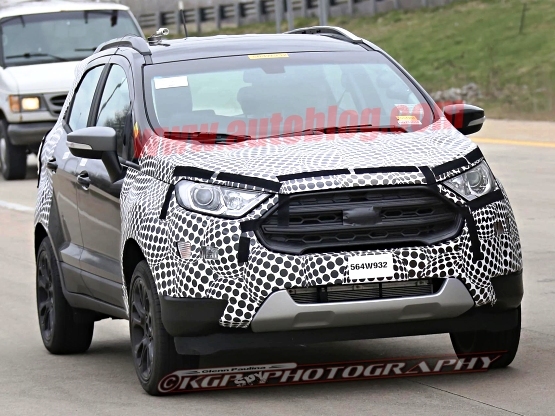 2017 Ford EcoSport facelift has been spied testing in America with minimal camouflage that reveals the front facia of the sub-Compact SUV. The 2017 EcoSport facelift gets a completely new front facia while the overall styling remains pretty similar to the current generation Ford EcoSport. The front end of the SUV seems to be heavily inspired from its bigger sibling, the Ford Endeavour which is also market as the Ford Everest in a few Asian markets. The car spotted testing is the US-spec model of the EcoSport and will mark its entry in the compact utility vehicle segment in the US market. Also Read: 2017 Ford EcoSport revealed in new spyshots: Launching next year Also Read - Mumbai Local Train News: Suburban Services to be Affected on Central, Western And Harbour Line Today. Check Timings 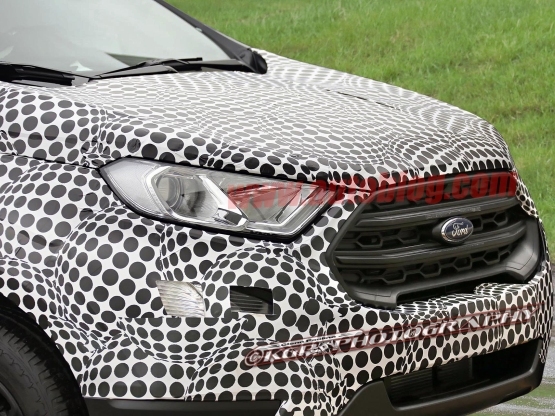 The 2017 Ford EcoSport facelift sports an Endeavour inspired trapezoidal front grille which is now positioned higher. The front grille receives chunky slats integrated above the honeycomb mesh grille. While the grille is finished in matt black on the test mule, we expect the top end variants to come with a chrome garnish. The SUV sports newly designed projector headlamps with integrated L-shaped LED DRLs. The muscular front bumper features a larger skid plate, wider air-dam and bigger fog lamps. While the front profile is completely new, the side profile and rear section remains the same. Read More: Ford EcoSport 2017 to get new interiors: Launching next year

The US-spec 2017 Ford EcoSport will be powered by a 1.0-ltr EcoBoost petrol engine that henerates 123bhp of power. Transmission options will include a 6-speed Powershift DCT gearbox and a 5-speed manual transmission. India launch of the 2017 EcoSport will happen next year and the car will be offered in three engine options. The car will get 1.5-ltr petrol and diesel engine options and a 1.0-ltr EcoBoost engine while transmission duties will be carried out by a 5-speed manual gearbox while a 6-speed automatic transmission will be optional. 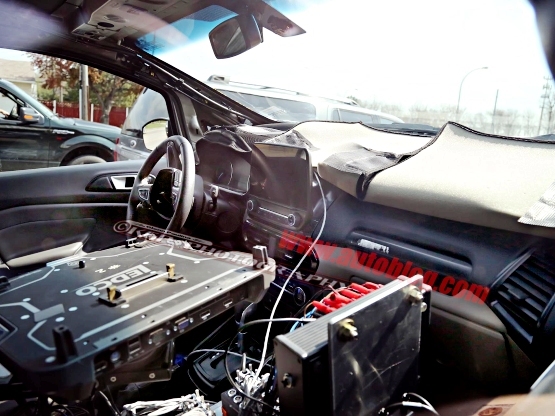 The 2017 Ford EcoSport gets completely new interiors along with a newly designed dashboard. The car gets a new touch-screen infotainment system, automatic climate control, new multi-functional steering wheel and a new instrument cluster. The instrument cluster gets MID display while the side air-con vents remains similar to the current model. 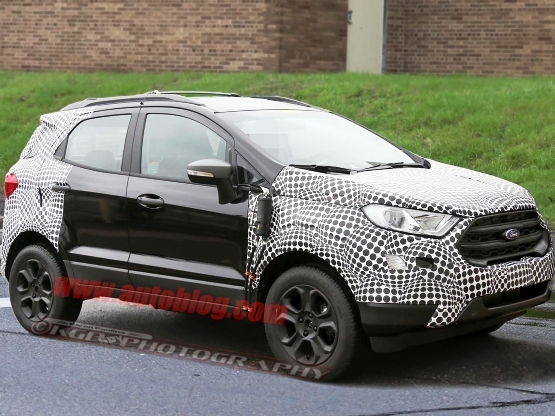