The China-spec Suzuki Alivio Pro is powered by a 1.6-litre petrol engine.

Japanese car maker, Suzuki has launched the China-spec Suzuki Alivio Pro 2017 (Maruti Suzuki Ciaz) in the Chinese market. The Alivio Pro is launched at a price range of CNY 93,900 to CNY 109,900 (INR 9.22 lakh to INR 10.79 lakh). While this model is China-specific, Suzuki is currently testing the new Ciaz facelift in Spain and is expected to launch this car in India by the second half of 2018. Also Read: Maruti Suzuki Ciaz 2018 Facelift Spy Images Revealed: India Launch Next Year 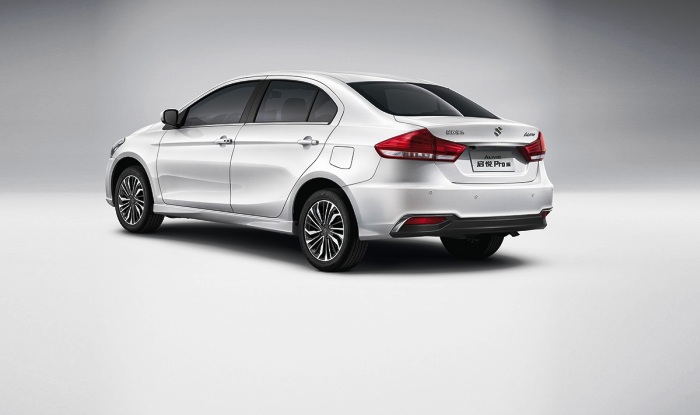 The Suzuki Alivio Pro sports a revised front end along with slightly redesigned rear profile. Upfront, the car gets a redesigned Audi-style front chrome grille and a revised front bumper with integrated LED DRLs. On the sides though, the car is similar to the old model, however, the Alivio Pro gets new 16-inch diamond cut alloy wheels. At the rear, the car gets restyled taillights and a dual-tone rear bumper with chrome bezels on the rear bumpers. Read More: Upcoming New Maruti Suzuki Cars Launching in India in 2017-18; 2018 Swift, S-Cross Petrol, Vitara Brezza Petrol, Ciaz Facelift & Suzuki Vitara 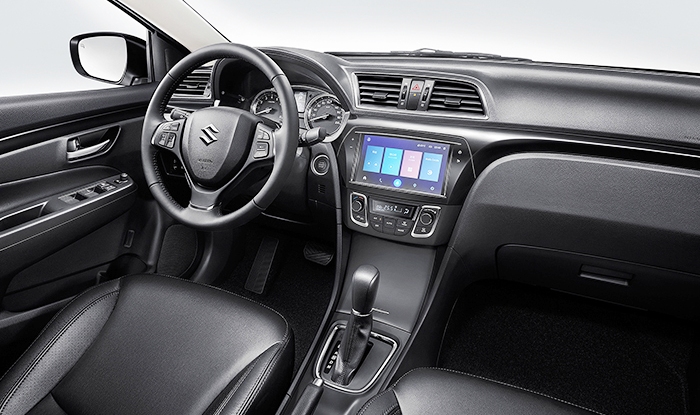 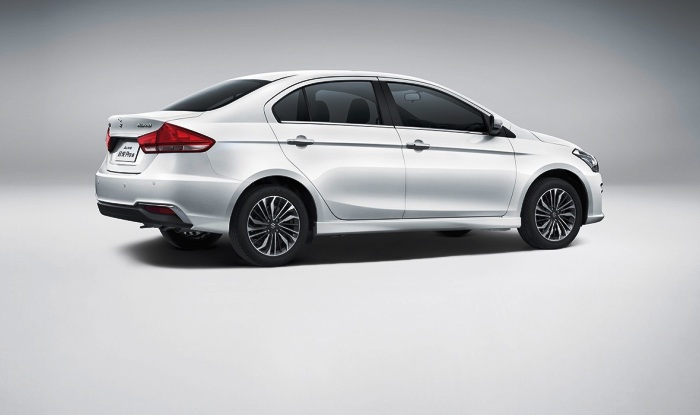 The China-spec Suzuki Alivio Pro (Maruti Suzuki Ciaz facelift) is powered by a 1.6-litre petrol engine that is capable of producing 120 BHP of maximum power and 158 Nm of peak torque. Transmission duties are carried out by a 5-speed manual and a 6-speed automatic gearbox. That said, the India-spec Maruti Suzuki Ciaz will be powered by an all-new 1.5-litre DDiS diesel engine that has been developed in-house by Suzuki. The petrol variant will get a 1.4-litre VVT K-series engine while transmission duties will be handled by manual as well as automatic gearbox.Also Read - Maruti Suzuki To Set Up New Plant In Sonipat, Gets Clearance From Haryana Govt