Suzuki wants out of VW partnership

VW maintains straight face, says talks will be held before any decision is taken 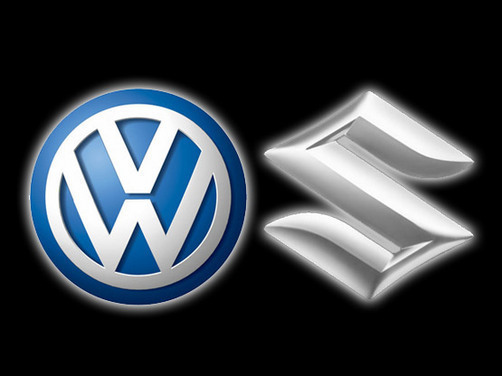 Suzuki has finally said that they want out of the JV with VW, in response to VW asking that Suzuki 'remedy the situation' it has with Fiat. The 'situation' in question being the recently-signed deal Suzuki has for sourcing Fiat's 1.6-litre diesel engines. VW is one of the technology leaders as far as diesel powertrains are concerned, but Suzuki says it couldn't use their engines due to the amount of re-engineering it would have to do to make those engines run in their cars. It says it even backed up talks to the effect with an official document.  Also Read - Suzuki's Alex Rins Snatches Victory From Marc Marquez in British MotoGP

However, it seems like VW won't take no for an answer, and Suzuki is now finally tired of not getting the respect that it wants. It has said that it wants out, but interestingly VW says that it hasn't received an official  communication to that effect from Suzuki, so it will wait and have talks and then take a final decision. Suzuki shares have dropped 29 per cent since the time VW acquired 19.9 per cent of Suzuki, but the Japanese company is willing to buy the stake back.  Also Read - National Green Tribunal Fines Volkswagen Rs 500 Crore For Use of 'Cheat Device' in Diesel Cars

The JV was supposed to bring a formidable united front to the competition – Suzuki has an enviable lead in India and Japan with its small-car and frugal engineering expertise, whereas VW is Europe's largest car manufacturer, and is one of the technology leaders. We're not sure how VW can salvage the situation, but maybe if the two companies sit back, plan further ahead for joint programmes for the next generation of small cars, things could possibly work out. On the other hand, it's been two years since the acqusition and not a single joint programme has come of it. Whatever the result, we'll keep you updated here at OnCars.