T.27 is the world's most efficient electric car 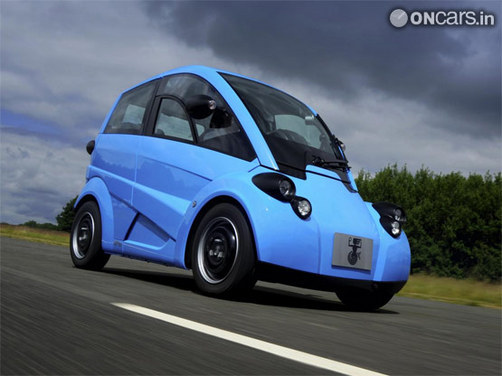 A year ago when Gordon Murray, designer of the McLaren F1 supercar unveiled his project on creating the ultimate city car, He came up with the T.25.  This 3-seater city car which weighed a mere 575kg was powered by a 660cc three cylinder engine. Taking the ultimate city car concept to the new level, Gordon Murray has come up with the all-electric version, the T.27. The T.27 is the battery powered version of the T.25 which now weighs around 680kg with the batteries, although this is almost 100kg more than the petrol version,  the T.27 is almost a tonne lighter then the Nissan leaf. Propelled by a battery output of 12kWh which needs 4 hours to charge, the car can cover between 160km to 200km according to the European standards. The T.27 can touch 100kmph from a standstill in less than 15 seconds with top speed restricted to 105kmph. Made on Gordon Murray’s patented iStream manufacturing technology, the car is lightweight and safe. Backing the technology are the EuroNCAP crash test results from the 50kph mobile deformable barrier (MDB) protocol where the T.27 showed no intrusions into the passenger compartment when it was subjected to a high speed offset frontal crash test. So when will the car hits the roads? We don't know yet, as the company has no plans on manufacturing the car, but intends on licensing the design and the iStream manufacturing process to existing automobile manufacturers.  Also Read - Call of Duty: Mobile Season 2 now out with winter theme