Tata Bolt Hatchback could be taken of production line: Report

Due to the dwindling sales of the Bolt, Tata Motors could very well put a halt to the production of this premium hatchback in the country. 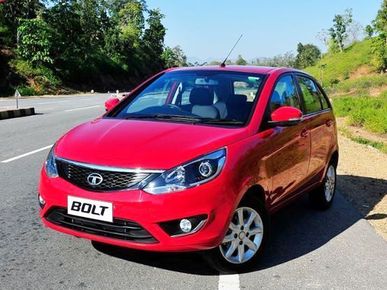 Tata Motors launched the Bolt hatchback in India with high optimism that it will turn out to be the game changer, a pilot product through which the company could start the process of its brand image transformation in the country.  Also Read - Mumbai: Over 1100 Buildings, 10,797 Floors Sealed | Check Full LIST

The Bolt was indeed a very different vehicle, a huge step-up from the otherwise dreary products for which the homegrown manufacturer was quite famous for. It featured Tata’s all new HORIZONEXT design philosophy which translated into a contemporary interior and exterior layout. Also Read - LIC Announces Big Gift For Its Employees Apart From Wake Hike of 25% | Details Inside

The car comes equipped with all sorts of creature comforts and a highly refined set of petrol and diesel power terrains. Soon it was seen as a worthy contender for segment leaders like the Maruti Suzuki Swift and the Hyundai Elite i20.

But the Bolt, despite getting a positive initial response was never really able to transform all of this into acceptable sales figures for the company. Since its launch in the month of January 2015, the hatchback has so far only sold about 17,035 units which when compared to the sales figures of its current rivals like the Maruti Baleno and Hyundai i20 is quite insignificant. Also Read: Tata Nexon Compact SUV likely to feature 1.2-litre turbocharged petrol engine

In-fact, the Baleno and i20 managed to sell the same amount of units in a span of mere two-months in comparison to the one and half year time the bolt took to achieve the same. The former two sell approximately 9,000 units every month while the latter only manages to clock 900 units every month.

This is the very reason that soon we might see Tata Motors bring the production of the Bolt Hatchback to a halt and start focusing on products which are doing well for them, like the recently launched Tiago hatchback. This car has turn out to be the true ‘game changer’ for Tata, something which they were expecting the Bolt to be. Also Read: Tata Tiago's demand increases to 40,000 bookings: Waiting period to go up

In the few months since its launch, so far the Tiago has received over 40,000 bookings with an average of 5,000 monthly sales. The demand is so high that currently the waiting period for this car stands at approximately 3 months. Also, Tata is betting big on its upcoming products. These include the Kite 5 Compact Sedan based on the same underpinning and design philosophy of the Tiago hatchback. In addition to this, the company will also launch the HEXA MPC Crossover followed the Nexon compact SUV.