New version with cosmetic changes and fancy graphics with the dealers 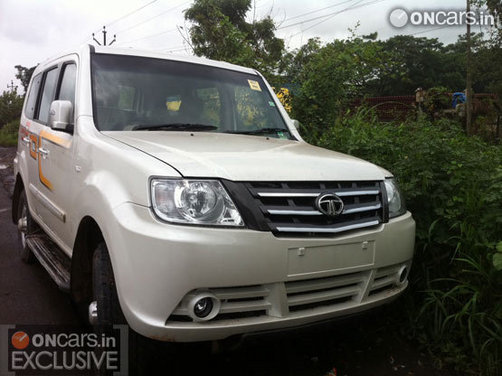 We had earlier brought you exclusive pictures of new version of Tata Grande under testing. There was no branding of Sumo or MK II on the test mule, leading to speculations that Grande might lose Sumo branding.   Also Read - Won't Pursue Executive Chairmanship of Tata Sons, or Directorship of TCS: Cyrus Mistry

Tata has started dispatching new Grande to its dealers without much fuss and the new car should be available anytime soon. The Sumo tag has also disappeared from the new brochures and the MUV gets a minor cosmetic treatment. Also Read - Tata Sons Moves Supreme Court Against NCLAT Order to Re-appoint Cyrus Mistry as Company Chairman

Fancy graphics, mirror finished inserts and vertical acrylic appliqués on either side of the rear windshield are the minor changes on the exterior of the car. However there are no changes in the interiors or the engine specification and prices of the MUV are untouched. 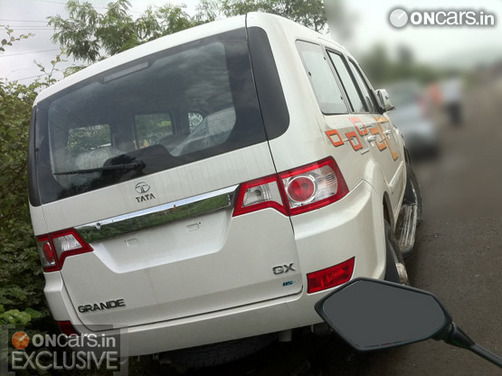