Tata Motors today unveiled an all new SUV Tata Hexa concept at the 85th Geneva Motor Show. The SUV has been designed on the platform of Tata existing SUV Aria and packs a lot more than just beefy appearance and a powerful engine. This new concept SUV is a six-seater and justifies the name ‘Hexa’ thusly. Tata Motors will be displaying a near production ready model at the Motor Show along with a much powerful and sportier version of its ambitious hatchback car Tata Bolt. 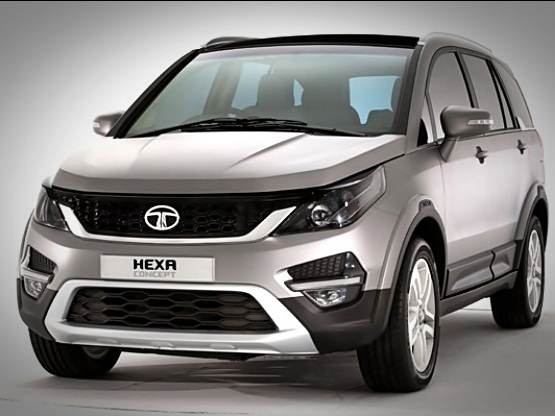 The overall appearance is very much similar to the Aria but if you ask us the Hexa concept looks much better than the former. In terms of dimensions the SUV measures 4764mm in length, 1895mm in width, stands 1780mm tall in height and has a wheelbase of 2850mm long. As for the powerhouse, this massive beast comes with a 2.2-litre, four-cylinder, VARICOR diesel unit that produced 156 PS of peek power and 400 Nm of peek torque. 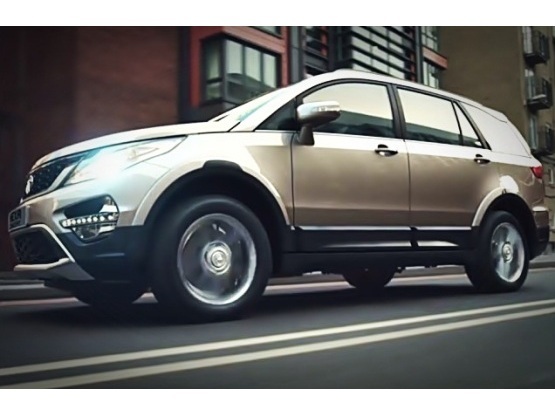 The exterior design looks much more well-defined than Tata Aria and it also gets a very distinctive and muscular front. Tata has added a set of mean-looking headlamps with day-time running lights that perfectly compliment the stylish honeycomb grille underlined by bold chrome accents. All these are perfectly placed above a massive air-dam with a combination pattern of air-intakes and fog lamps on each side. Adding the final touches to this aggressive front is beefy hood moulded to perfection giving a very prominent ‘V’ shaped design line. 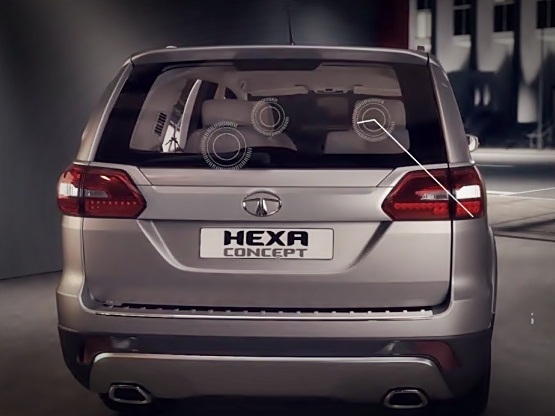 The rear end of the Hexa concept perfectly complements the sporty appearance of the front end. Taking a much subtle approach, the rear gets a pair of stylish two-piece LED tail lamps, a massive dual-tone tail bumper with boomerang shaped reflectors and dual tail-pipes. The Hexa SUV also gets a neatly integrated spoiler and stands of brand new 19-inch, five spoke alloy wheels. 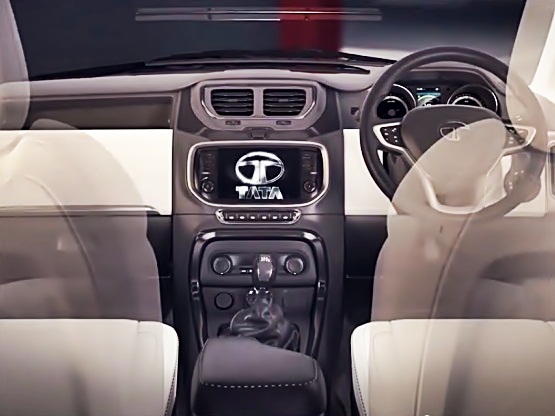 Coming to the interiors, as stated earlier the Tata Hexa is a six-seater with three-row configuration and the middle section sports captain seats. You also get new plusher leather seats with twin-needle stitching and some other new features