To further increase the demand for this newly launched hatchback, Tata motors to soon launch the AMT equipped version of the Tiago. 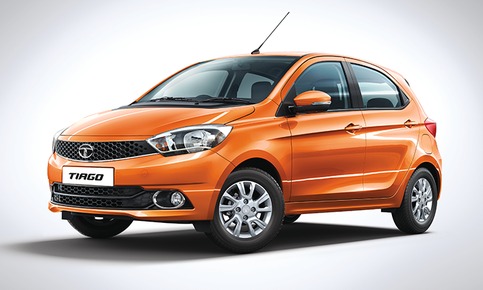 As reported by us earlier, Tata Motors is all set to launch the AMT equipped variant of the Tiago Hatchback. New details have emerged which confirms that this launch will be taking place during the festive season this year along with the debut of the Tata Kite 5 compact sedan. Also Read: Tata Tiago commands waiting period of 3 months Also Read - Live Cricket Score Ind vs Aus 4th Test Day 3 Today's Match Live Updates Gabba, Brisbane: Rahane-Pujara Eye Solid Start

When the Tiago was launched in April this year, the homegrown manufacturer confirmed that there will be an AMT version of that car however exact launch details were not revealed at that time. With this, the Tata Tiago AMT will directly rival against the Maruti Suzuki Celerio AMT and the Hyundai Grand i10 AT. Also Read: Tata Tiago AMT Launch likely in September: Spied  Also Read - Vaccination Drive Suspended in Maharashtra Till Monday Due to CoWin App Glitches

This AMT will only be available on the petrol derivatives of the Tiago for now with the diesel AMT coming out in latter stages. This move can be attributed to the fact that out of all the bookings that Tata has received for the Tiago, about 80% are for the petrol powered variant. The AMT gearbox will be offered on the mid XM variant of the Tiago and likely to feature the crawl functions which prevents vehicle roll-back on steep inclines. Also Read: 5 reasons you should buy the Tata Tiago over the Maruti Suzuki Celerio