Tata Nano may be produced in Indonesia

Thailand edged out as production base 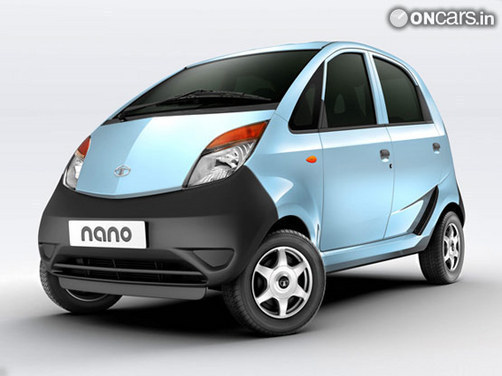 The Nano was scheduled to go to production in Thailand, but it now seems like Indonesia is a better bet for the maker of the world's cheapest car. Thailand already produces Tata's Xenon and Ace, so it was a logical choice for the manufacturer, but Indonesia is offering better incentives. Another factor is the political instability and local automobile taxation.  Also Read - Thailand King 'Isolates' Himself in a Posh German Hotel With 20 Women Amid Covid-19 Pandemic

Tata was developing an eco-car project, one of six other manufacturers, but the plan was scrapped because of an unfeasible requirement that stated at least 100,000 cars had to be produced annually by the fifth year of operation. Tata was developing a car more suited to Thai needs, and it probably wouldn't be the Nano that would meet them. Also Read - 'Corona, Corona': Thailand Batman Spreads Awareness About Coronavirus Through Song & Dance

However, Tata will be exporting a Nano from India to Thailand that will be launched at the Thailand International Motor Expo to build awareness about its passenger cars. Deliveries will start early next year. The Thai market Nano will have a 600cc engine but with better performance. Top speed will be 120kmph. More features will be included as well: power windows and air-conditioning will be standard. Power steering and ABS would take the car's price well beyond being competitive, so they will be left out. With the features mentioned above, the price of the Nano will remain competitive.

The increased top speed suggests that the five-speed gearbox is ready. Standard air-conditioning and power windows should bring down the price of the relevant variants marginally. However, we'll have to wait until the European version is ready for the power steering and ABS, which won't be anytime soon.