Tata Motors, the homegrown automaker will launch the much-awaited compact hatchback- the Tata Zica in January, 2016. The company is also working on a sub-compact sedan based on the Zica platform. We learnt that Tata could unveil the newly developed mini sedan at the 2016 Delhi Auto Expo, while the launch could take place in the Q2, 2016. 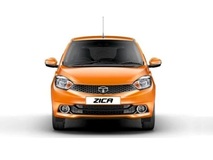 The sub-compact sedan could be priced close to INR 4 lakh, making it the cheapest compact sedan in the country. The aggressive pricing could create an all-new segment in the Indian automotive market. Based on the modified XO platform that also underpins the Zica hatch, the compact sedan will share styling and interior components with the hatch sibling. Also Read - PM Modi to Inaugurate India’s Biggest Drone Festival at Pragati Maidan on May 27

To be positioned under the Tata Zest, the sub-compact car is likely to be named Tata Sway; however, nothing concrete on the name has been revealed. It will come as a replacement for the ageing Tata Indigo eCS. There will be no direct competition for the small sedan, but it could impact the sales of the entry level variants of the Maruti Swift Dzire, Hyundai Xcent and Honda Amaze.