Followed by the fatal crash of Model S car which resulted death of the driver, Tesla Motors Inc has told Senate investigators that its crash-prevention system failed to work properly in a fatal crash, but the autopilot technology was not faulty. Tesla engineers investigating the crash told the U.S. Senate Commerce Committee that the car's radar system may have detected the truck trailer but the camera system chosen to ignore a truck trailer blocking the road prior attaining the speed of 74mph. Joshua Brown, 40, a former Navy SEAL died after the car crashed into the trailer ripping off the roof of the car. Also Read - Disha Patani in Yellow Hoodie Takes The Internet by Storm With Striking Dance Moves on Saweetie’s Tap In, Tiger Shroff Drops Fire Emoji 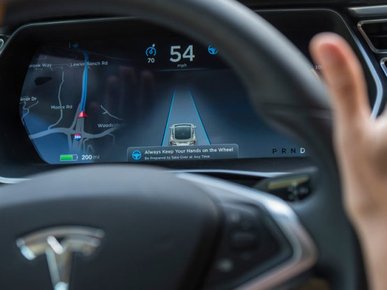 However, it is still not clear that why Tesla is considering the automatic braking system to be separate from the autopilot system as it combines adaptive cruise control, automated steering as well as other essential features that are intended for avoiding such accidents. Also Read - IPL 2021: Gautam Gambhir Expresses Surprise Over Kuldeep Yadav's Retention by KKR Ahead of Mini Auction

Tesla Motors, however, told the committee that the company has considered the braking system separate from the auto pilot system as it manages the steering and can change the lane as well as adjust the speed.

Karl Brauer, a senior analyst at Kelley Blue Book, an auto research firm stated that, “Those systems are supposed to work together to prevent an accident, But either the car didn’t know it had to stop, or it did know and wasn’t able to stop. That involves Autopilot and the automatic braking.”

Autopilot system is designed with series of safety components that it can steer, brake, overtake other vehicles and sustain lane arrangement automatically with slight input from the driver. Also, the system also warns the drivers to place their hands on the steering wheel and stay attentive. But many drivers have showed that it is possible to drive the car without looking at the road or holding the wheel which should be avoided.

Moreover, Tesla should disable the Autopilot’s automatic steering function until it can edge through to make sure that drivers keep their hands on the steering wheel said Consumer Report Magazine.